Terry asked us if we had seen the new calf out in the barn.

I told him that no, I hadn't been out with the girls yesterday.

He said that he was sort of scary looking.....it has marks around its eyes.

Sophie suggested that we name him 'Spook'.

He told her that that was a great idea.

And then he said that actually a better idea would be if we used 'Spook' as his middle name.

And then he explained that we should call him....Very....Spook...Eee.

A calf with 3 names.

I went out to the barn to find him... 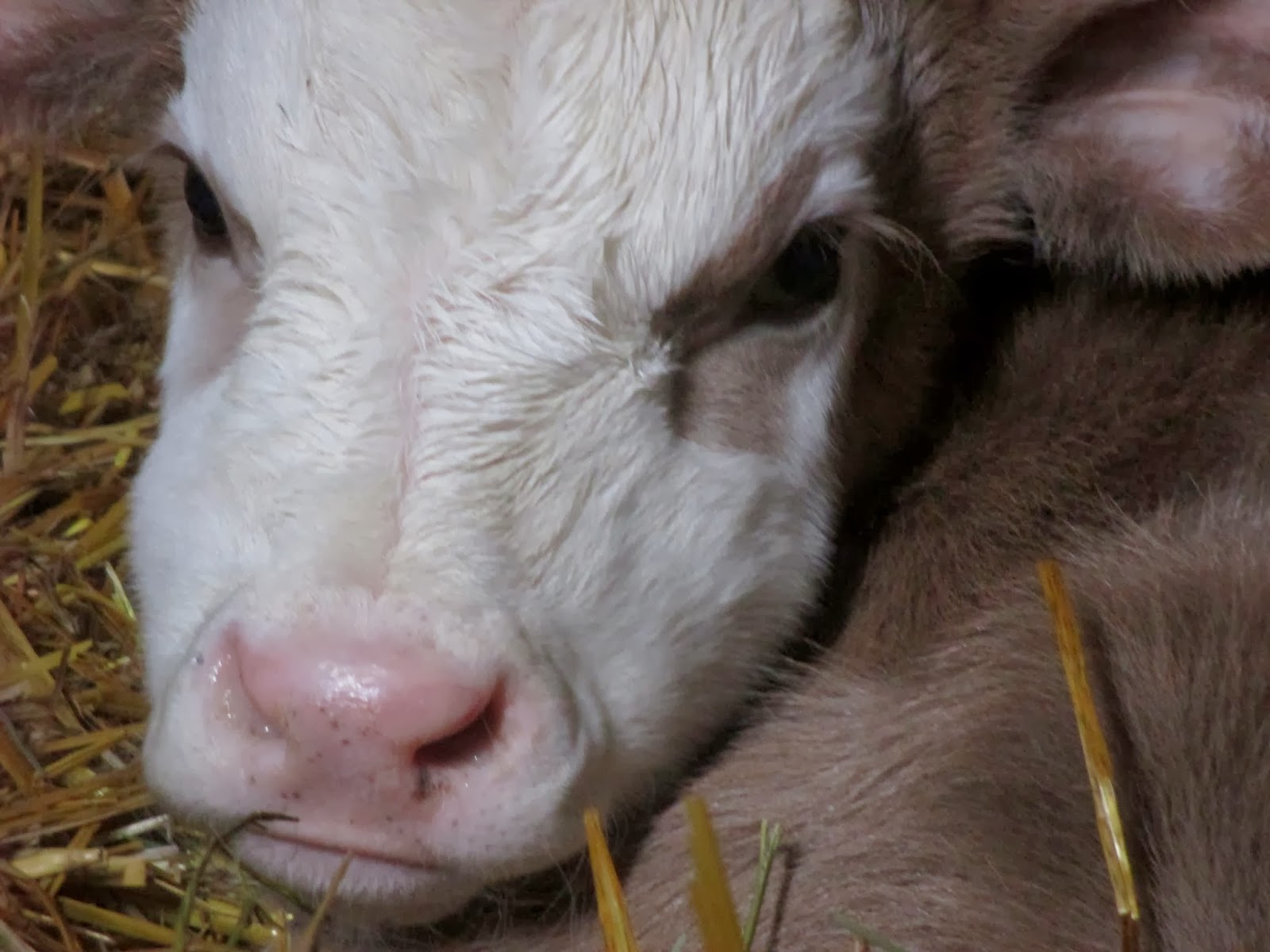 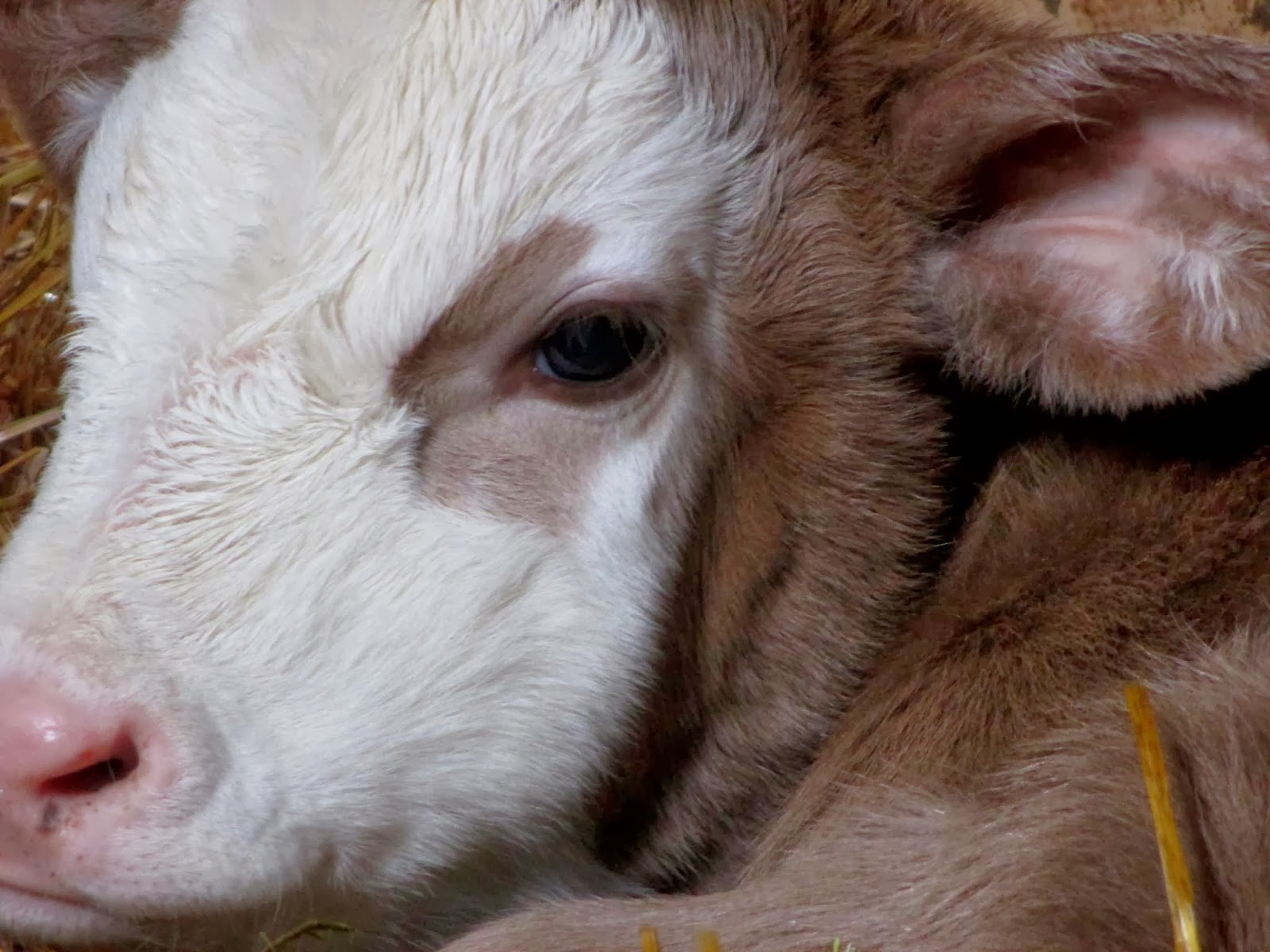 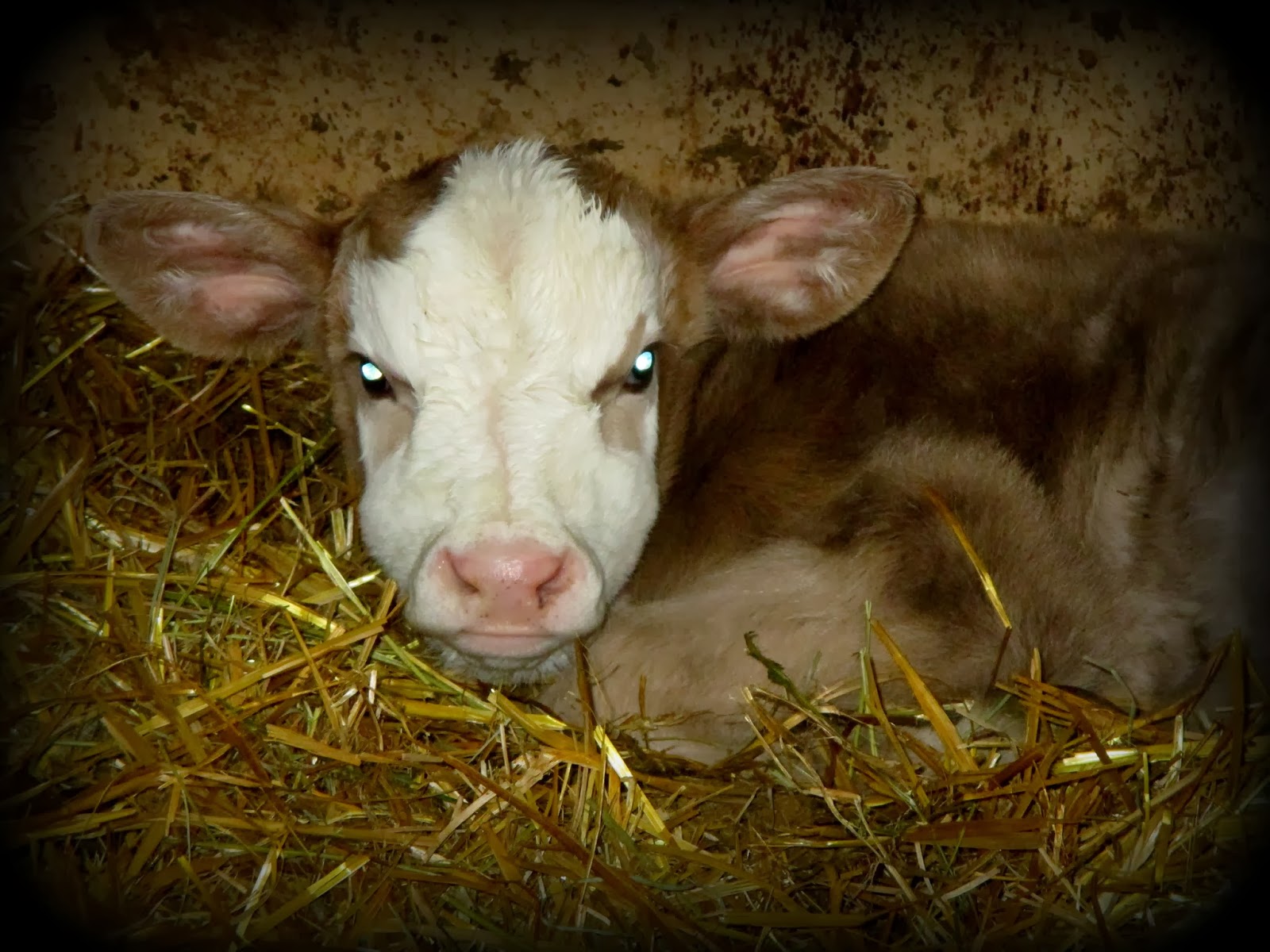