March has been a complete whirlwind!  I'm so behind on this little blog.

We celebrated St. Patrick's Day for 2 weeks and did some March breaking in there too.  I will have to post about all of that....but FIRST....

I was invited to audition for The Great Canadian Baking Show last Friday in Toronto!

When you text people to ask if they have a plug in cooler for travelling and they want to know what exactly kind of a road trip I'm heading on....

The cooler is for A CAKE....and once word gets out about what's going on I suddenly have a cooler for my cake!

I needed to take a 'signature bake' with me.

But seriously everyone has had my chocolate cake.  It's been served at community events, bridal showers, weddings, birthday parties, baby showers, church events.....  I recently had a friend use my chocolate cake to entice her students to learn their multiplication facts!

This creation had to represent 'me' so I decided to top it with all the things that I make all the time.

First up....oatmeal chocolate chip cookies.  These are a staple in my house.  Also, I grew up with these.  My mom was always making cookies.  Always.  And now....I'm always making them.  I'm the mom that takes 600 cookies to the 4-H Banquet!

Then I made a mini version of my butter tarts.  I used to sell pies and tarts at our local farmers' market.  The butter tarts would always sell out.  I would make two versions....plain and coconut/pecan.  I did both kinds for this cake as well.

And then....nanaimo bars.  They are my absolute favourite.  My weakness.  When I first got the audition invitation I thought....NANAIMO BARS!!  That's what I will make!  And then I thought....duh??....you can't take a no bake square to a baking audition!  I knew I had to incorporate them somehow into my bake.  They are near and dear to my heart.  I believe nanaimo bars were my Grandma Helferty's favourite as well.  She was known for her baking.  I've been told that if you were ever invited to her place for supper....it didn't matter what she made for supper....you were waiting to see what she had made for dessert!  Unfortunately she was killed in a car accident when I was only 9 years old.  We found a container of nanaimo bars in her freezer a couple of weeks after.  I remember eating them knowing that she was no longer here to make us more.  So I learned how to make them and I have taught my kids how to make them.

I wanted to display some of my piping skills on the cake so I made some roses and flowers for the top and then I freehand 'doodled' on the sides.  I had a really hard time deciding whether to doodle with all different colours or just with white.  I eventually decided to do a ombre green underneath and then just doodle in white on top.

I had to add a wee bit of farm to the whole thing so I asked Terry to bring me in some barbwire.  He made it into a circle for me to put around the base of the cake and I made a few burlap roses to attach onto it.  He sawed me a piece of old barn board to set the finished cake on.

Then I packed it all in the plug in cooler and headed to The Big Smoke.  My sister-in-law Cecilia drove me.  We left on Thursday at 6pm and drove as far as Bowmanville.  We stayed in a motel for the night.

Then we headed to the audition in the morning at Cirillo's Culinary Academy.  I was a combination of nerves and excitement!

When I arrived, the group before us was leaving and amongst them was my cousin.  What are the chances of cousins both being selected for auditions?  That's pretty neat!

Seeing all the amazing creations coming through the door was incredible!  There was some paperwork to fill out and time to chat with others in the waiting area.  They let us know that we were some of the 90 chosen out of over a 1000 applications in the Toronto area.  I don't consider myself from the Toronto area so I spoke up and said that it must be for Ontario....yes?....as it took me 5 hours to get here!  I was asked...Where are you from??  And I responded with....'Up in the Ottawa Valley'.

And a gentleman quickly said "Where exactly in the Ottawa Valley are you from?"  And I said....'um, Douglas'...???  Like how could he possibly know where that was.

And he grinned and just said 'The Diddley'.

I nearly fell off my chair!  You have to be from the Valley to know that the Tavern is called The Diddley!  I asked him who he was and where he was from.

He grew up in Renfrew and we know a lot of the same people!  I can't reveal who he was as he went there under complete secret and he doesn't want anyone to know!  So funny....

So anyways,  we all had photos take of our signature bakes in the 'light box'.  I really need one of those. 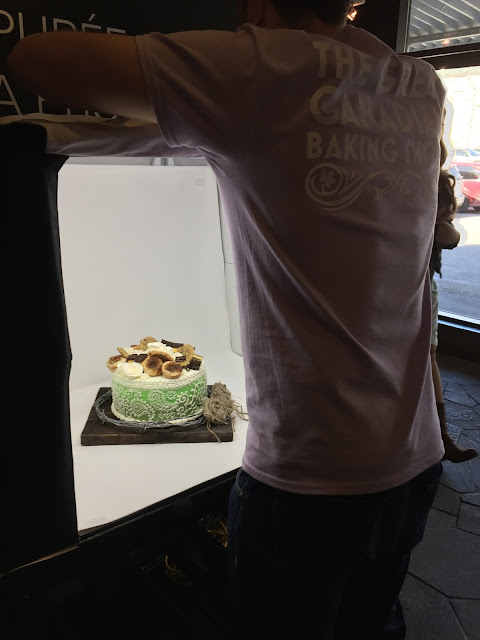 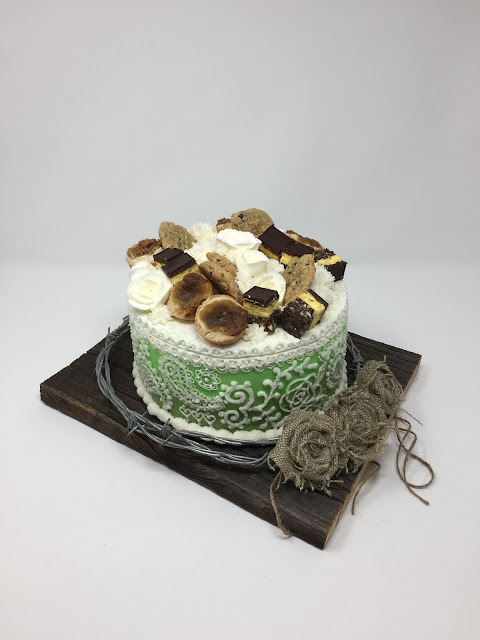 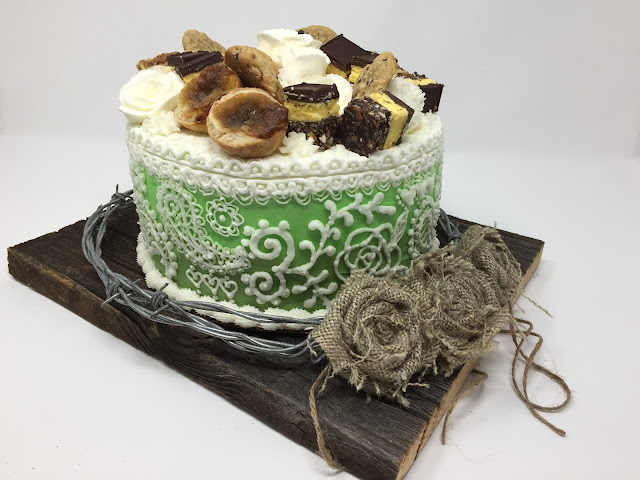 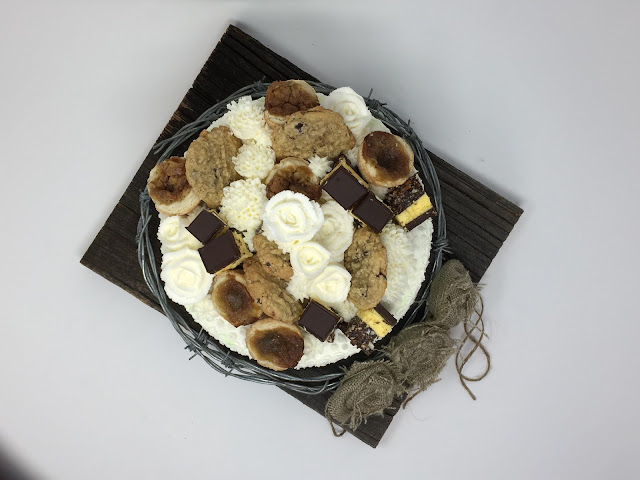 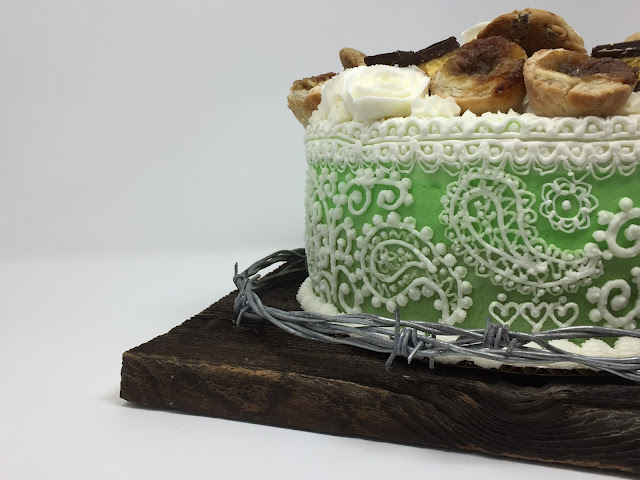 And then we had photos of ourselves taken as well. 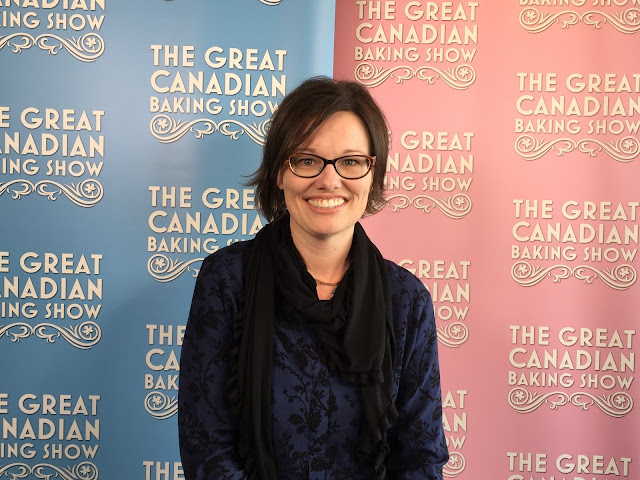 There were about 15 people in my group.  As we did our technical bake, we were interviewed by several different people.  We also had the chance to chat with the other bakers....and make some new friends!  It was a whole lot of fun!

And now it's back to the reality of maple syrup.....


and cows calving...there are already 31 new calves now with one set of twins..... 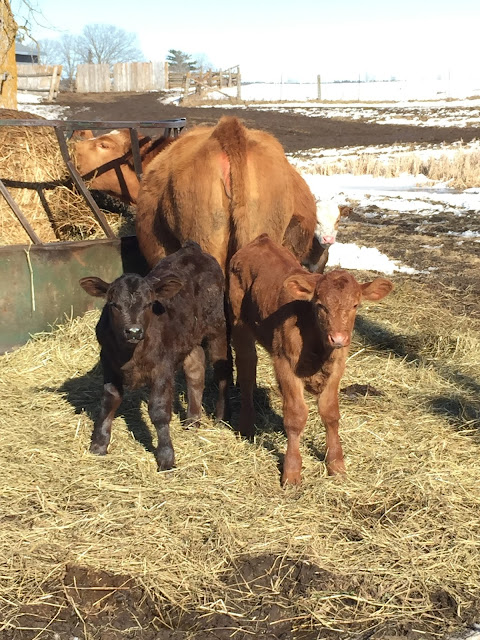 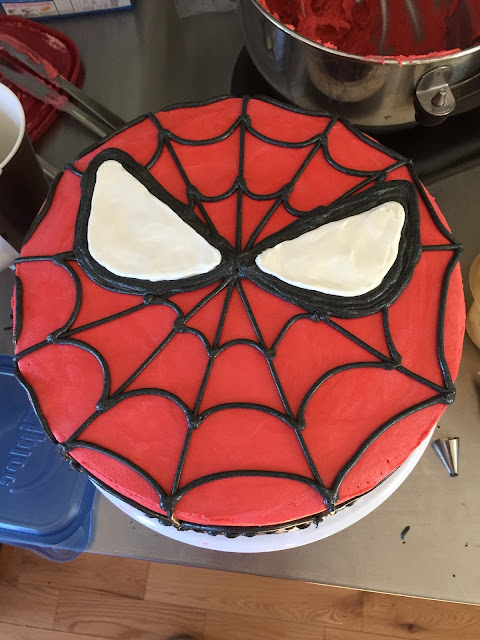 Brenda
Posted by Dwyer’s Farmhouse at 11:35