What is it with May?  It was this time last year that I quit blogging....just didn't have time!  And here I go again....I'm behind!  May is madness.

The crop is going in.  The cattle are getting out on pasture.  Jack is shearing sheep.  We got the old garage tore down...and the playhouse moved over from our other place.  Johanna worked away at the mess in the field at the river today.  She brought several loads of driftwood to the burn pile.

I've been busy getting the garden planted and the farmhouse is busy again so there is lots of bedding and towels to wash. The hens have returned to the henhouse for our guests to enjoy. I've weaned Sugar off of bottles and put her out with the other sheep.  I still have a set of twins to bottle feed....3 times a day.

Lydia joined soccer and the blackflies are thick.

The kittens are eating cat food.

I will try to get back in the habit of taking photos of stuff but for now I've just got more cake pictures.....and cookies too... 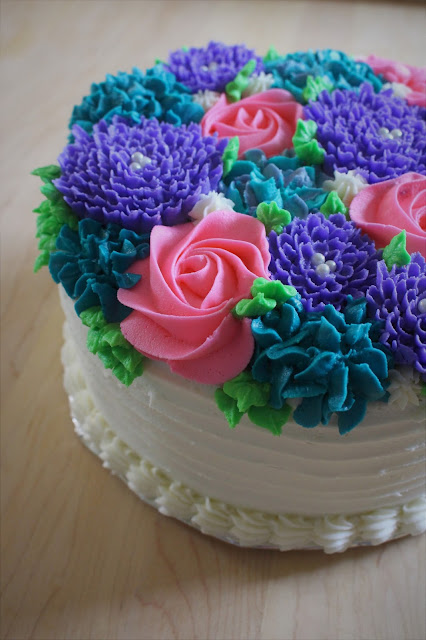 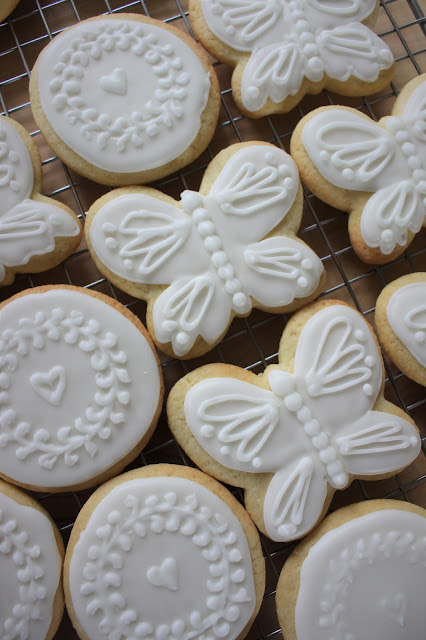 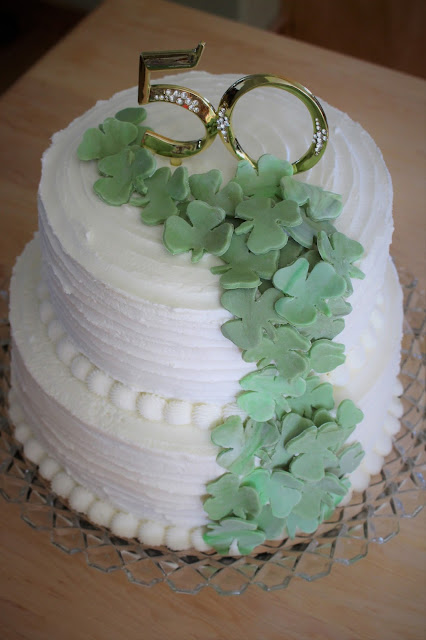 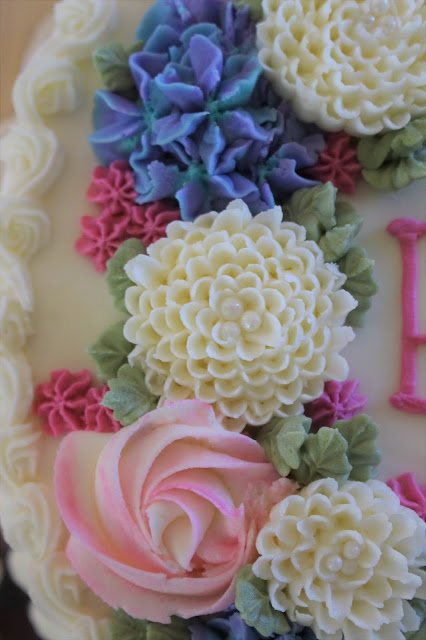 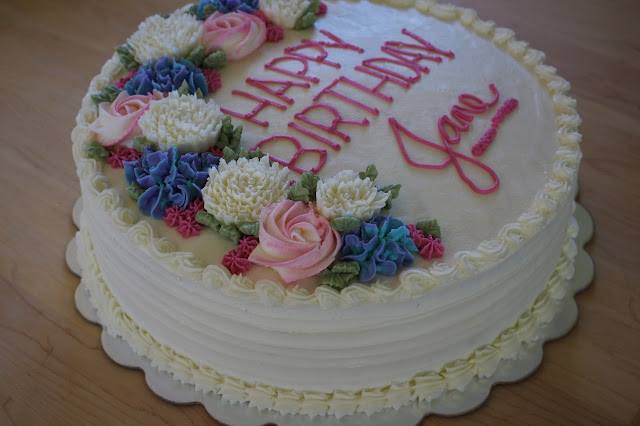 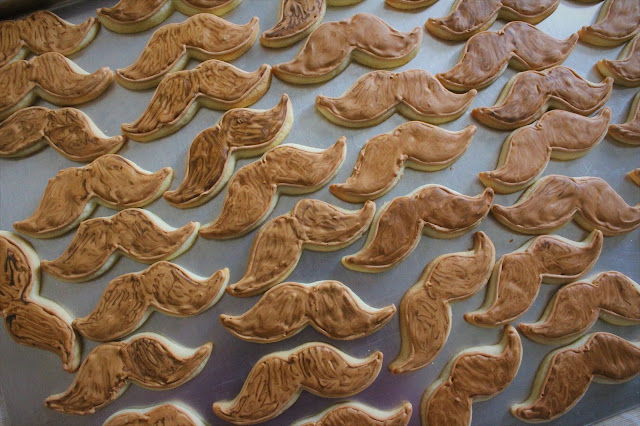 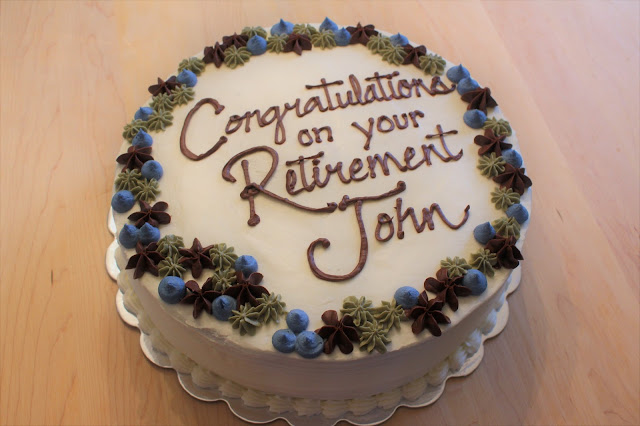 Brenda
Posted by Dwyer’s Farmhouse at 16:54 No comments:

Sugar thinks she's a dog....and the river is receding!

Sugar can't figure out what she is or where she belongs.

When we let her out to roam she thinks she's a dog.  She was following Grady and Ruby around one morning last week.... 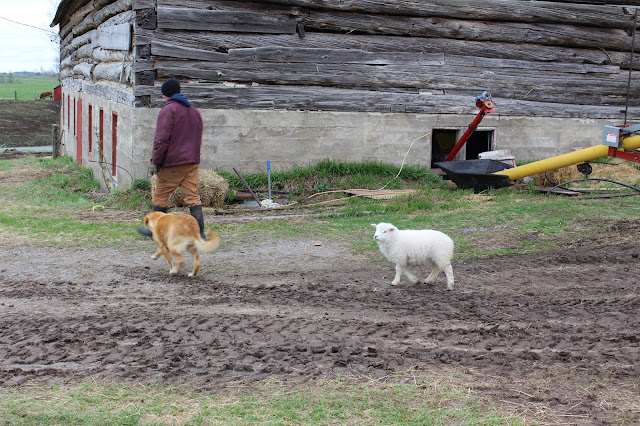 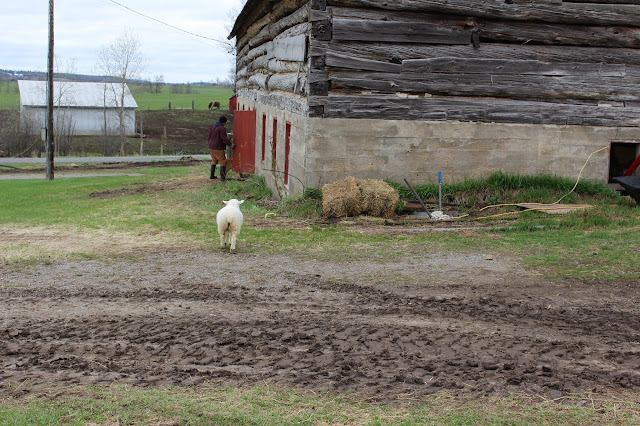 Only she dilly dallies and doesn't keep up.... 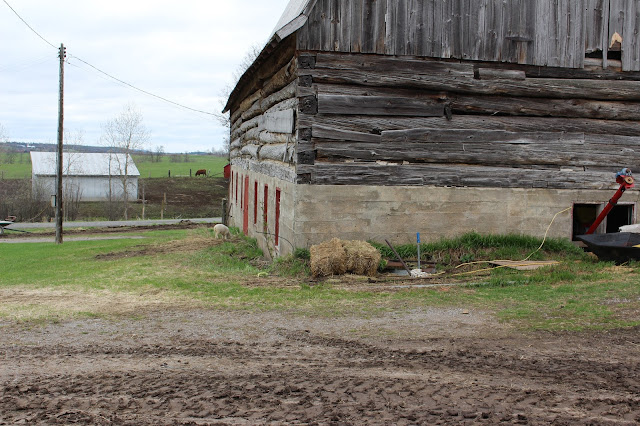 And they went in the barn to do chores and she didn't get to go... 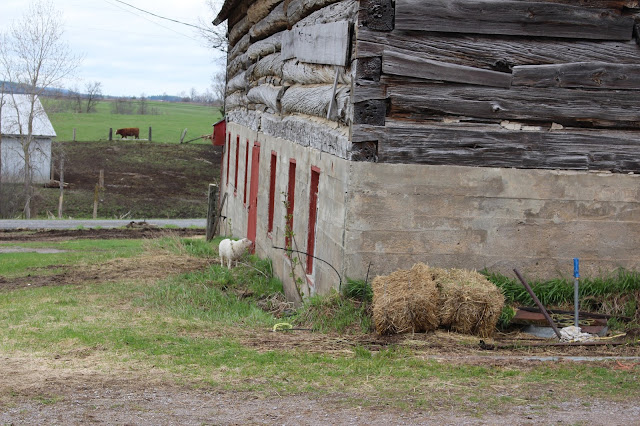 Excuse me??  OPEN THE DOOR!  You forgot about ME! 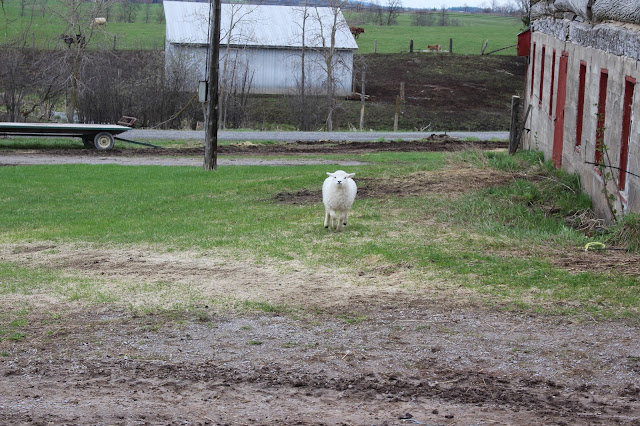 I called her to come over to me and she came running.  She knows her name...she thinks she's a dog.... 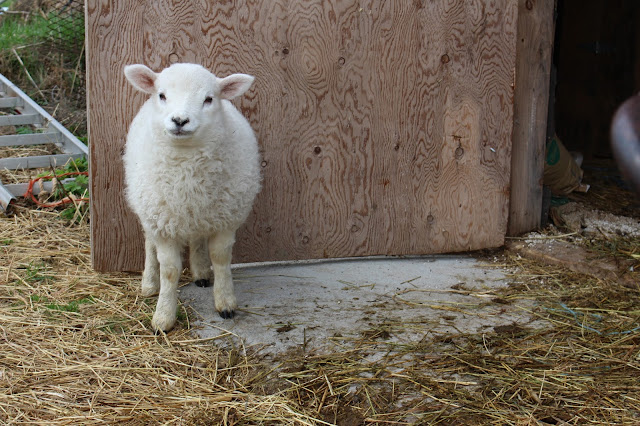 And then I took her down to be with the other sheep and lambs for the day. 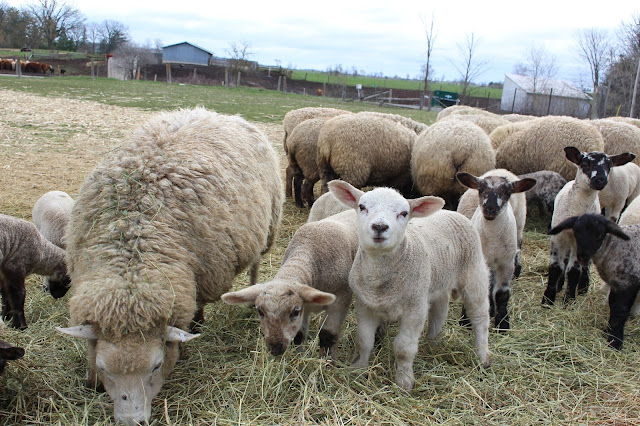 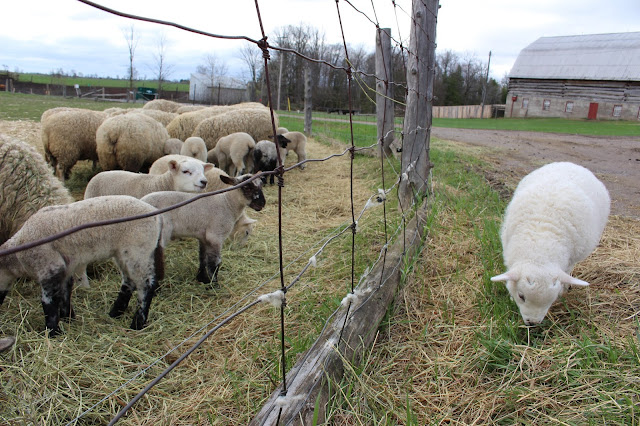 When I put her in with them I told her to go and make some friends.  But she just can't.  They sniff her and don't accept her.  She keeps to herself.

We have been blessed with sunshine the last two days!  I took a walk to the river and it's receding.  But we will have a clean up to do in the field....lots of debris....lots of garbage! 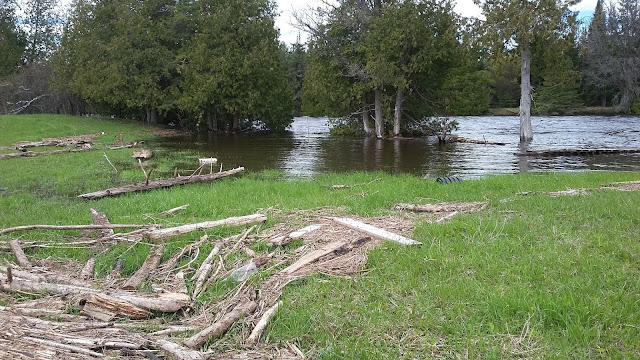 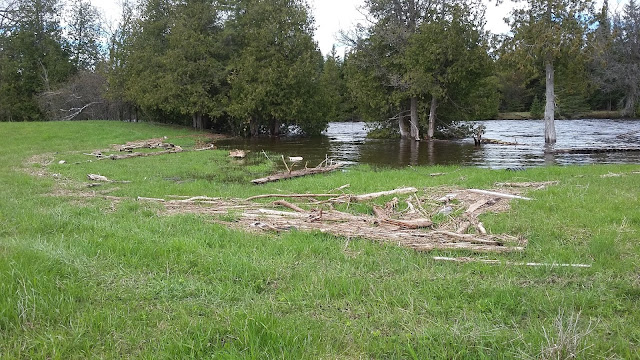 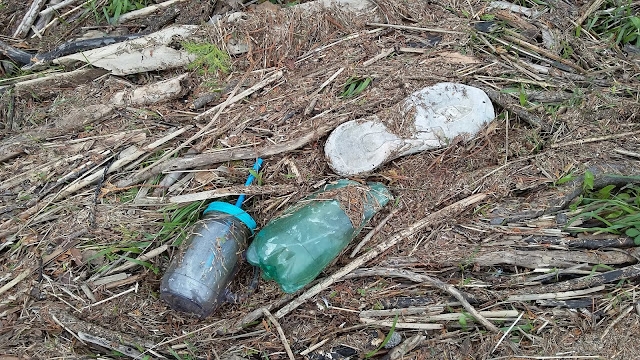 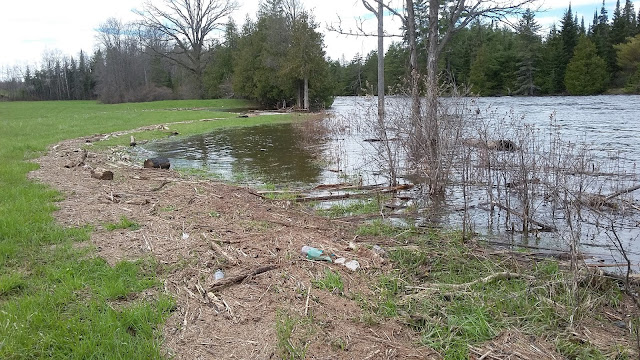 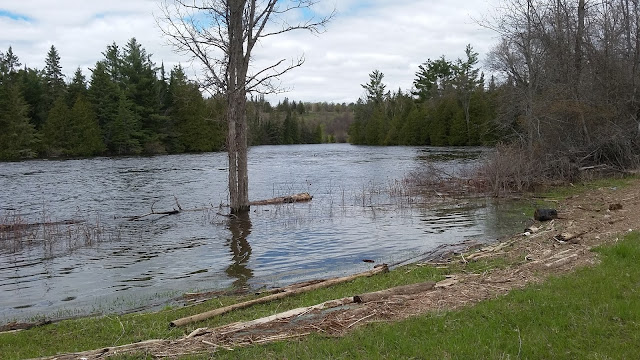 The river is still overflowing it's banks....and high and fast!  And it's suppose to start raining again tomorrow....

Rain, Snow and a Beautiful Day

It's May!  We had big plans for May....tear down an old garage, plant the fields, yard work, plant the garden, enjoy the warmth of spring....and the sun!  But no.  That's not happening.  It's been raining pretty much non stop for the last week.  It actually changed to snow yesterday and we got more today.  Big huge snowflakes.  Like it's a magical winter day.  Only it's May....and the snow pretty much sucks.  I've been painting trim and trying to organize this house a little better....everything still doesn't have a place since we moved here in December.

It's been a challenge with all this rain...there was so much mud in one of the areas where we had the new calves that we had to let them out with their moms into the field....it's a little early for that....but there was a dangerous amount of mud and they just wouldn't thrive where they were.

We've been keeping an area in the sheep barn well bedded down with lots of straw but of course they insist on going outside in the field....and their lambs will follow them.  This morning I happened to look out and saw a ewe sleeping in the field with one of its lambs sound asleep on her back....I was thinking what a smart lamb!....sleeping up on her back instead of on the cold wet ground!  But then she woke up and abruptly stood up and the lamb quickly slid off her back and on to the ground...it had a rather rude awakening!  Poor little thing!

The rivers and lakes are bursting and so many have been flooded out.  It's a disaster area.  People have lost their houses and cottages....it's really devastating.  The boys went to school today and filled sandbags.  Our country school has tremendous community spirit.....truly amazing!

We have a large field that runs along side the Bonnechere River.  We always put a little dock down there in the summer and last fall we forgot to bring it in!  We were just too busy with getting the house ready to move and all the regular chores that we forgot about the dock.  We thought of it when it was much too late and too frozen.  We had been keeping an eye on it this spring....the water took it and it went a little piece but then it got caught on something and the boys figured that we would be able to retrieve it.  Now that the river is so ridiculously high I asked them about the dock and they said that it actually came back down the river and is sitting in the field...about the spot where we would have put it if we had remembered to bring it in last fall!  Our field is part river right now but they figure that the dock probably won't move again.  Talk about luck!

Despite the snow and cold and flooding....we had a beautiful celebration yesterday...... 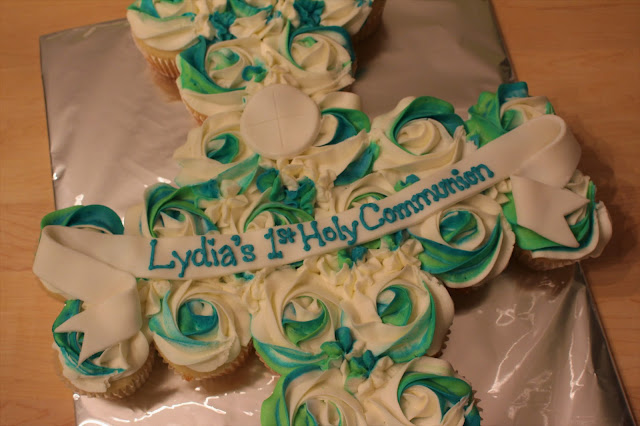 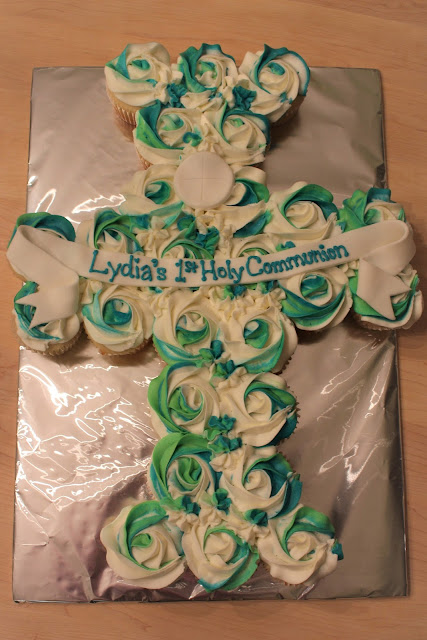 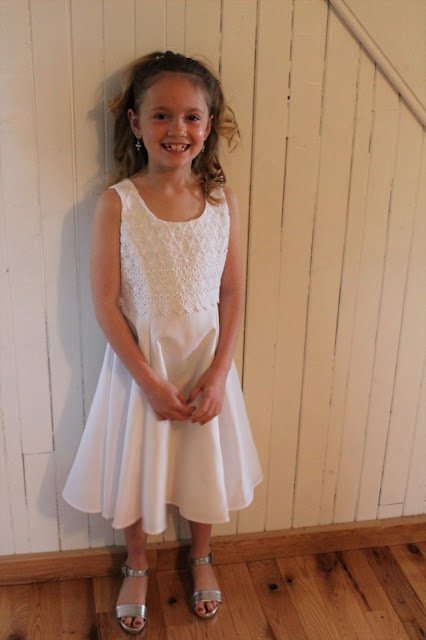 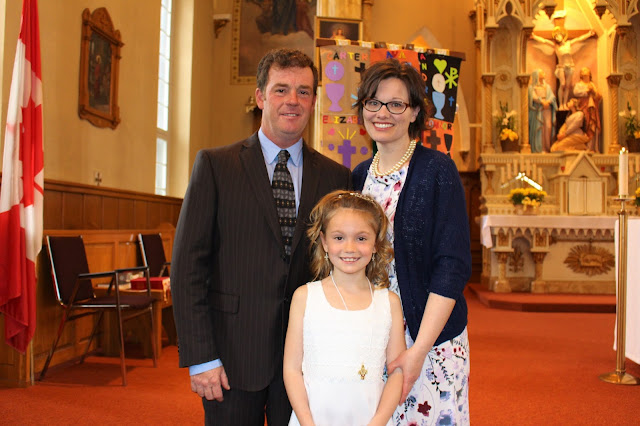 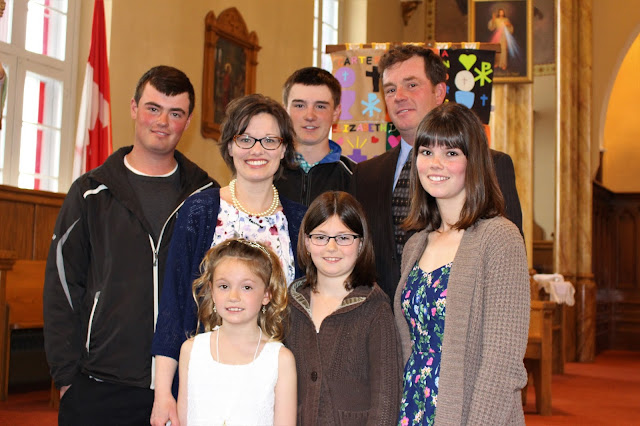 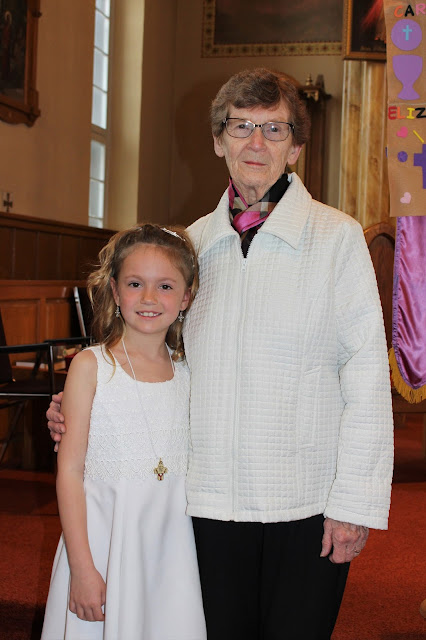 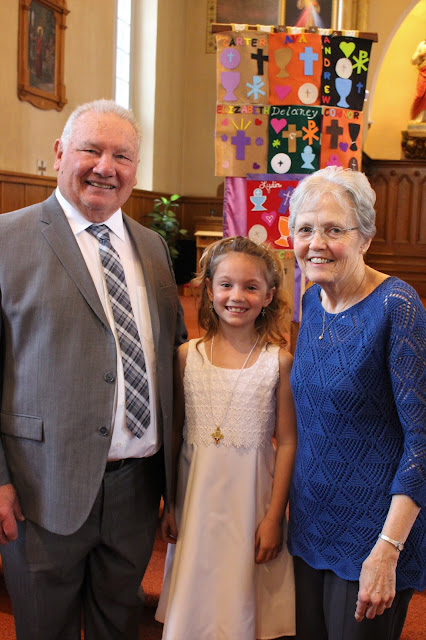 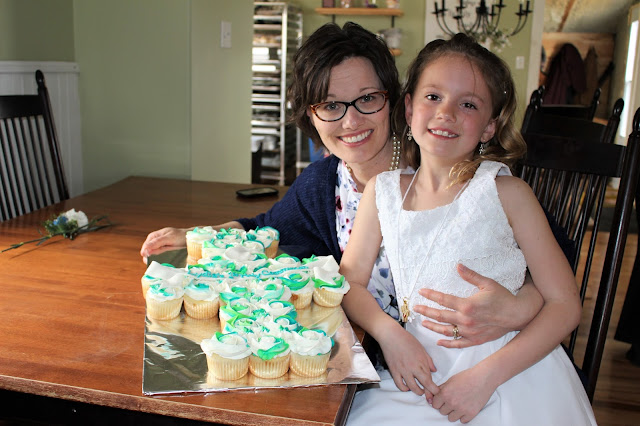 Brenda
Posted by Dwyer’s Farmhouse at 15:47 No comments: