I bought a cupboard to store all our books, puzzles and games a few years back.  It was in our living room serving it's purpose.....but it was ugly.

So, when we tore down the old machine shed....I saw an opportunity.

All that beautiful barn board.  It needed to become shelves.

I emptied that old cupboard and moved it out of the living room.

I told the boys my plan and I figured that we could do it.

They sawed and screwed the boards onto the wall.  But it wasn't quite right.  The boards just weren't the right length.  It wasn't going to work.  I told them to take it all down.

We were left with huge holes in the walls.  We have the old style walls....lath and plaster.

I wasn't too excited.  I could patch those walls and just move the cupboard back.  But we were too busy, so we just left the big mess and did the chores instead.

Then Terry came home from work and he got a little excited when he saw the huge mess.  He said the walls were ruined and.....What were we trying to do anyway?

I told him not to worry.  I'd just put the cupboard back.

But he insisted.  He wanted to know what the plan was.  So, I told him.  I think he liked it.  He said he could do it....but not tonight.  There were too many other things to do.

So, quite a few days went by and the mess remained.  The girls thought it was great because they could get into all the games and puzzles without having to ask....everything was all over the room. 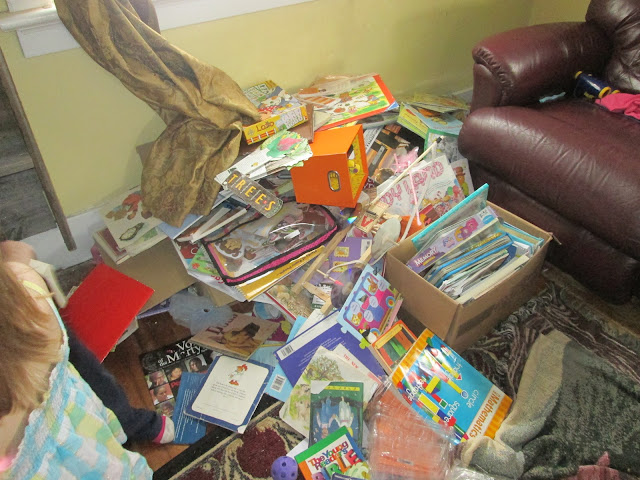 Then it froze rain and snowed on Friday and Terry decided to make the shelves. 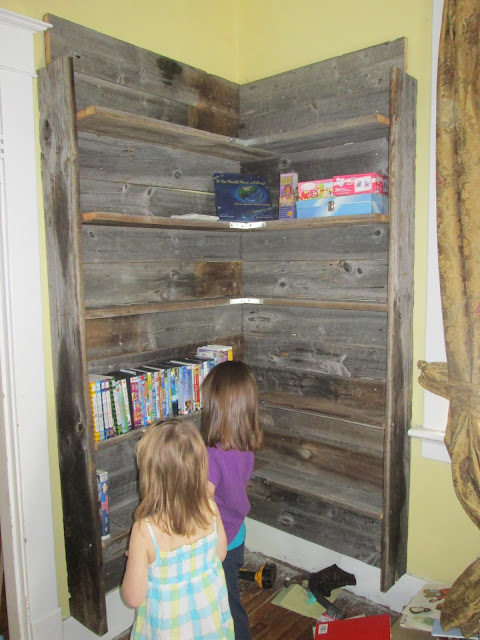 They are fabulous.  Not only do they hold all the stuff from the cupboard but they hold more! 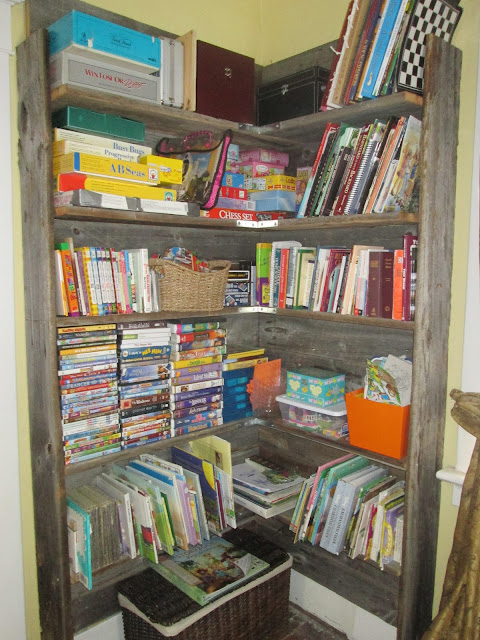 And they are so rustic looking.  I love them. 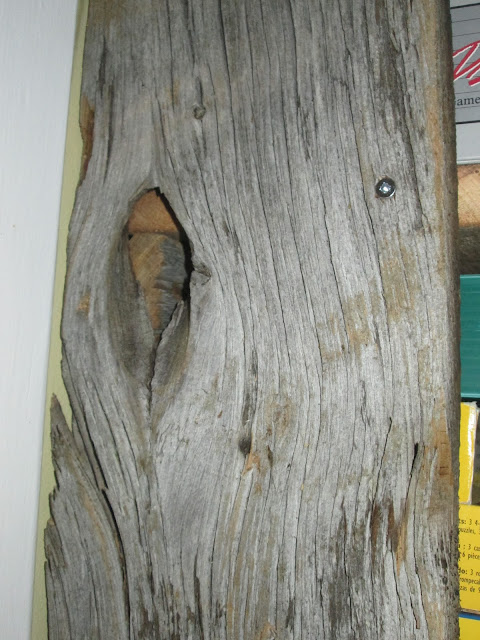 Brenda
Posted by Dwyer’s Farmhouse at 08:04

Email ThisBlogThis!Share to TwitterShare to FacebookShare to Pinterest
Labels: adventures