Lotsa Meat, Basketball and a Bunny

May is nearly gone.

I nearly screamed when I opened the door of the freezer.  It had quit working.  The motor was hot. The cord was hot.

It actually wasn't that bad.  We did have a supper of meat.  But I had caught the freezer just in time before everything had thawed.

I've never cleaned out a freezer so fast in my life!  Luckily we had neighbours that had room in their freezers for the meat that we saved.

We had noticed on the weekend that the lights were doing funny flickery things and we couldn't figure it out.  Also the basement door kept opening all by itself....which was rather unusual!  Terry had even said....is Emmett trying to tell us something??

UUUmmmm.....yes.  He actually was!  But we weren't paying attention!

We got a bunny.  Sophie is back in the 4-H Rabbit club and she was offered a bunny to 'borrow' for the summer.

At least that's the deal that I made.

She has been making a little agility course for it and getting it ready for the Cobden Fair.  It's gray and it's cute and she named it Ashes. 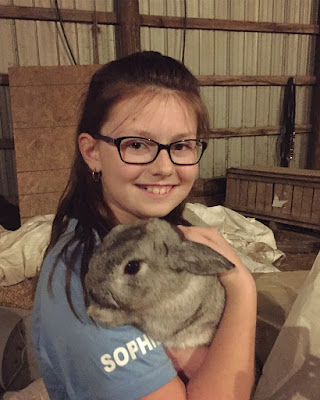 Basketball is all the rage here right now.  It happened rather quickly one night.  Jack and Lydia were out there using a cooler as the hoop because we don't have one.

And the next day the cooler was pretty much wrecked.  They busted the lid right off it.

And we went to Canadian Tire and bought a hoop.  But it still needs to be put up on the side of the machine shed.  Terry is reminded of this every time he walks in the house.

The sheep were sheared last night.  They are happy.

There have been lots of celebrations....the 50th Anniversary of our local high school.....we are married 21 years.....and the annual river run.

The garden is nearly all planted and so are the fields.

The rhubarb is ready!

4-H and soccer are in full swing.

And there has been cake.... 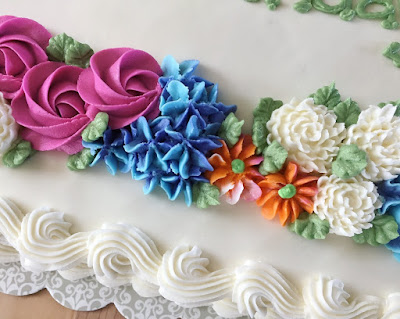 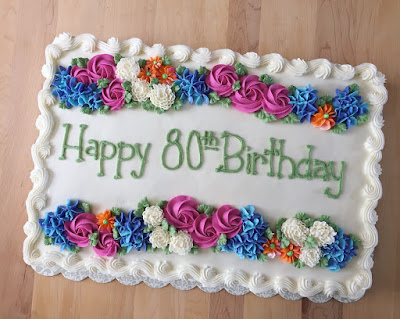 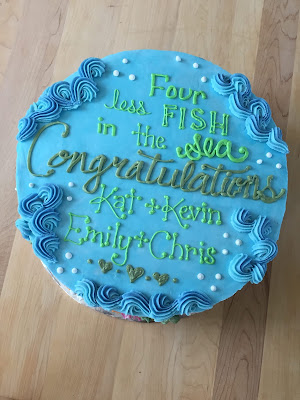 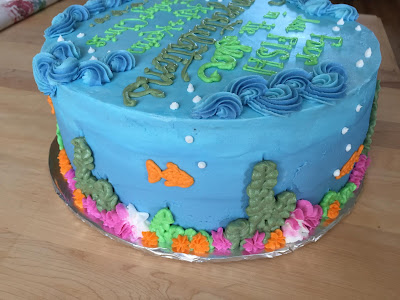 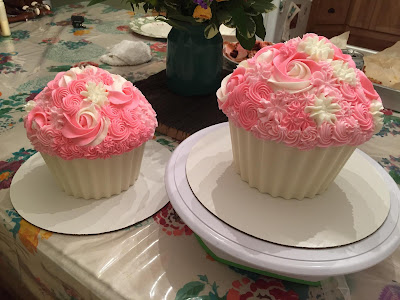 Posted by Dwyer’s Farmhouse at 21:59 No comments:

A New BBQ on Tuesday

I tried to light the bbq last night but it wouldn't light.  It had had enough.  It was done.  I had been lighting it with a match for quite a long time but it was at its last.

So I went to town for a bbq today.  I looked around for a bit before I decided on one at Canadian Tire.  The guy working there was getting a bbq out of the warehouse for another gentleman while he was getting mine.  So we were both waiting at the cash for the bbqs to arrive.

When they did arrive they were together on a trolley.  I told the cashier that I wasn't buying 2...just one.  The other guy joked and said that I was first so I could actually pay for them both.  Then he got looking at mine and he said that he actually liked mine better....it looked like a much bigger bbq.  He wanted to know the price and I told him....it was actually on sale!

So as he paid for his then I got looking at the size of my box and I thought that that isn't actually going to fit in my car.  I told the guys working there that I thought I had a dilemma and they asked me what type of car I drove and yes....it definitely won't fit in my car!

We went ahead outside.  Me, the other guy with the bbq and two guys who were going to load the bbqs.  The other guy had a truck.  The bbq definitely would not fit in my car.  We started to make arrangements that they would take the bbq back in the store and leave it at the front and Terry would pick it up later with the truck.  One of the guys asked were I lived and I said just outside of Douglas....and he wasn't sure where that was but anyways the other guy that bought the other bbq said that he lived just outside of Douglas and that he could deliver it to my house.  We started talking and it turns out that he didn't live far from me at all and he knew exactly where I lived....it's the place with all the lambs and calves!  YES!

The two Canadian Tire employees were sort of stunned when I asked them to put my bbq in the guys truck.  The guy that I had just met.  They joked and said to him....you ended up with her bbq afterall!

It was all a little bizarre.

A stranger that I just met drove away with my bbq in the back of his truck and I wasn't even concerned.  It's the Ottawa Valley afterall...

He could have lied to me but he didn't.  He delivered my bbq later this afternoon....just like he said he would.

And now we have to put it together....

It's been quite a day.  I suggested to the girls that we go to the library after supper this evening.  We go to the library once a week....usually on Wednesdays but sometimes on Mondays.  Those are the best times because that's when the library is open.  It's not open on Tuesdays.  We all know that.  That's the way it's always been.  forever.

But the girls agreed that we should go to the library and we went and there were no cars there.  And I said what day is it?....and we all said TUESDAY!  They thought it was Wednesday as well.

And we will try again tomorrow night.

We celebrated First Holy Communion at our parish on Sunday.  I made the cake for the gathering after. 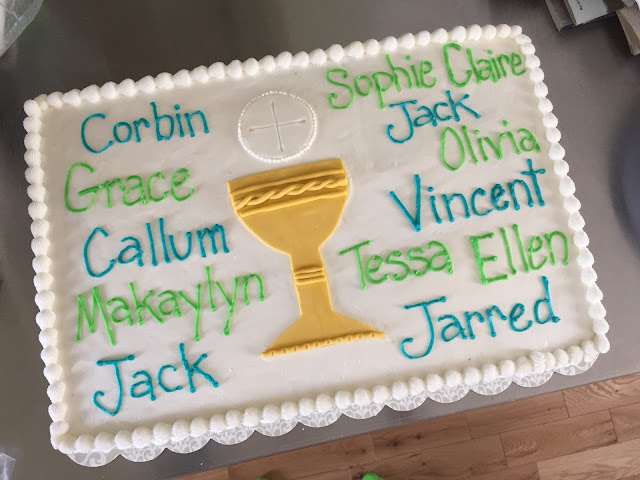 I'm not sure why there are 5 names on one side and 8 on the other.  I was having mental caking breakdowns all weekend.  I also made a Spider-Man cake with the big diamond shaped S symbol on it.  I outlined it in red and then I made the S in yellow and then I got mad....because the S is suppose to be red and the background is yellow.  So I had to scrape it all off and redo it.  It took a whole lot longer than it was suppose too.

And also it wasn't Spider-Man it was Superman. Duh.

Brenda
Posted by Dwyer’s Farmhouse at 21:54 No comments:

Brenda
Posted by Dwyer’s Farmhouse at 12:14 No comments: