Mother's Day, a Pail of Eggs and Planting

Sophie asked me on Saturday night what my favourite thing for breakfast was.  I told her fruit cereal.  It's really called Oatmeal Crisp.....Lydia prefers 'fruit cereal with no fruit'. Anyways...with Mother's Day the next day I knew that Sophie was planning something.  She also said "I know that you hate to sleep past 7...right Mom?"....and Johanna told her that she couldn't actually wake me up on Mother's Day!

The morning alarms went off at 5am...the boys were thinking of going for a turkey hunt....but there was snow on the ground so they checked the cows and went back to bed.

Yes...snow.  Just a skift.  With a freezing cold wind.

I woke again at 6am...giggling downstairs...and I heard "DON'T PUT THE MILK ON IT YET!"

I doze back to sleep until 6:45am...and then I went downstairs.  Thankful that no one had brought the cereal up to me!....But wondering when the milk did go on my cereal.

The bowl was on the kitchen table.  With the milk in it.

Sophie so pleased...."There you go Mom.  Your breakfast!"

I thanked her and then asked how long the milk had been on it.

"Maybe about 5 minutes.  The milk should still be cold." 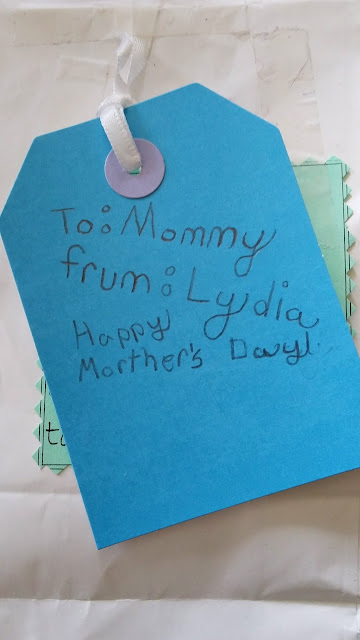 No one collected the eggs in the hen house on Sunday because it was so cold it didn't matter anyway...and we were too busy with Mother's Day and visiting.

So yesterday morning I had about 40 eggs to collect.  I put them all in a pail and brought them safely into the kitchen.

Somehow I tripped...I think on my leg....and stepped right into the pail of eggs.....dumping the pail and making eggs roll across the kitchen floor.  My foot was covered in egg stuff.  It was all a disgusting mess.

I wanted to cry.  And the rest of my day was pretty much a mess...nothing seemed to go right.

But today I have been able to laugh about the eggs.  I think I'm probably the only person able to accomplish something so seriously ridiculous. 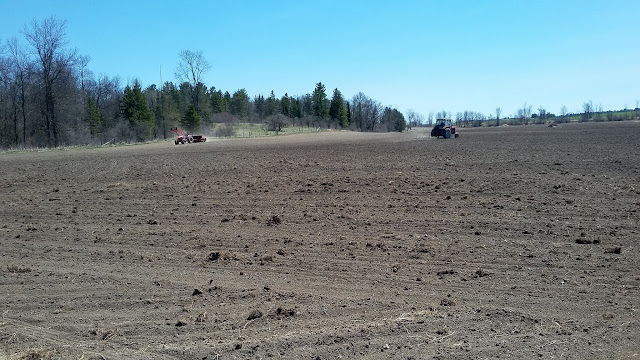 And now Terry is sort of having the day I had yesterday.  He cut himself on his hand early this morning.  He thinks he needs stitches....and I think so too.

But he says he really doesn't have time to go to the ER. 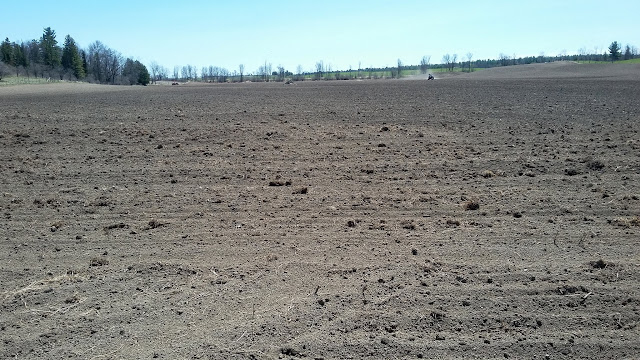 It's another planting day here. 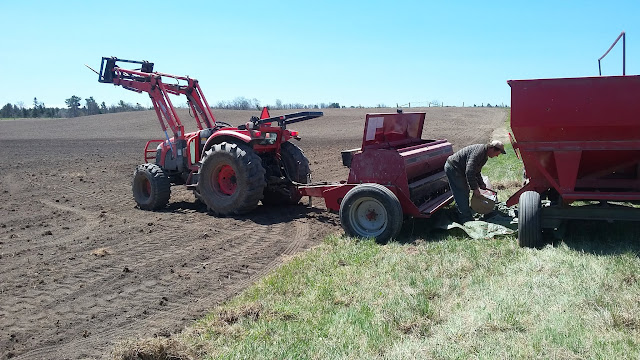 So I'm not only delivering food and water to the field...but bandages, gauze wrap and medical tape. 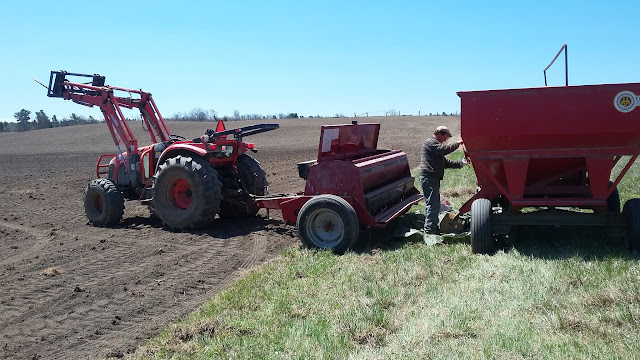 And hopefully he will go and get that stitched up when the sun goes down tonight.

Brenda
Posted by Dwyer’s Farmhouse at 13:50 No comments:

The lambs are all here!  Rosie was the last to lamb....she is still the favourite I believe. 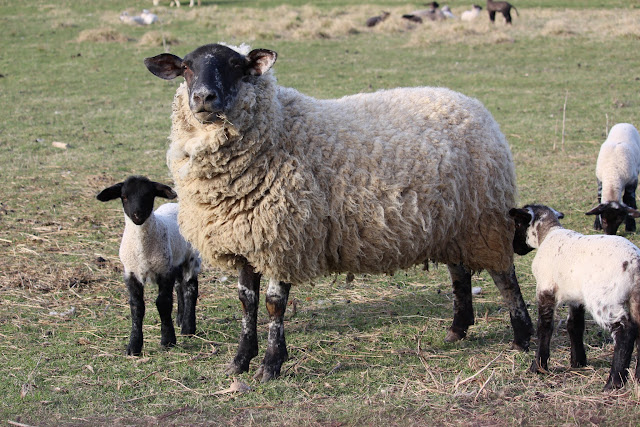 We have a total of 39 this year....about 30 arrived in the span of 2 weeks.  This is excellent.  It shows that they were all bred in their first cycle....typical dinner conversation here. 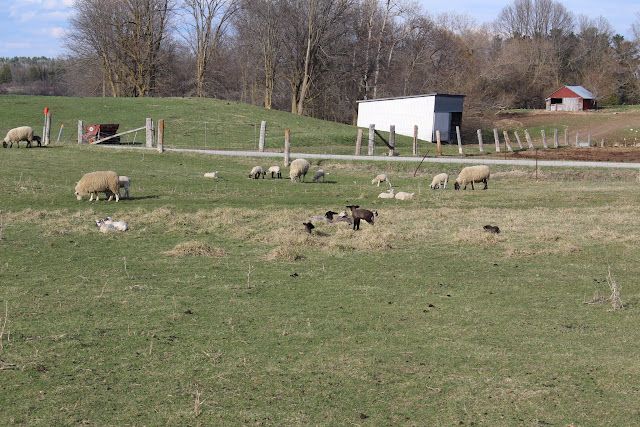 They baaaaa a lot and run and play and sleep and watch the cars go by and get out under the fence. 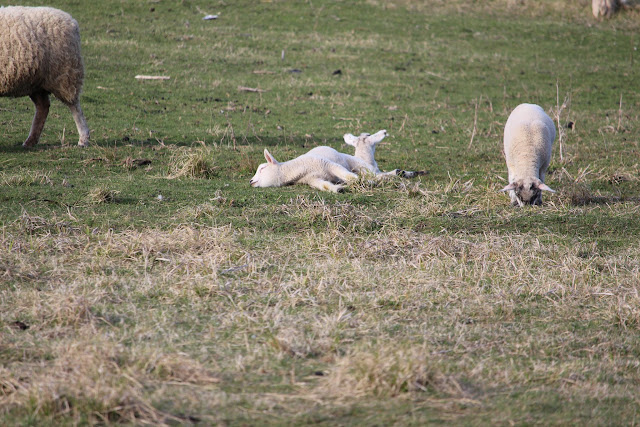 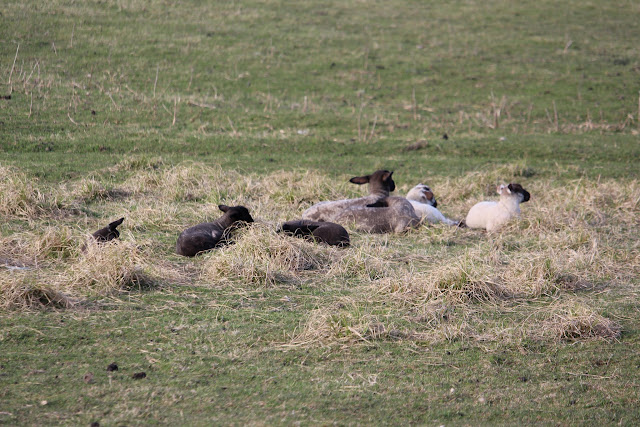 We celebrated Confirmation in our parish last week. 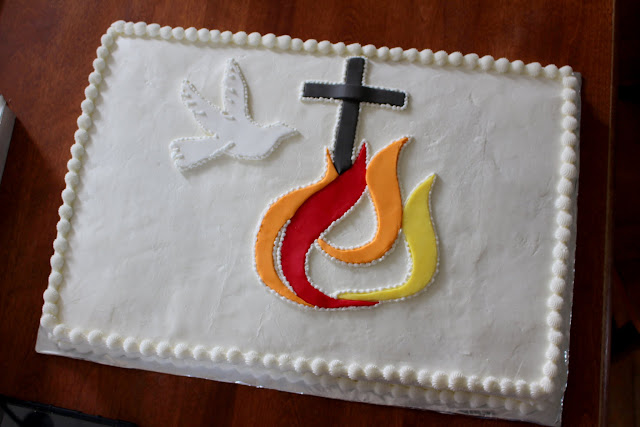 And First Holy Communion with this little doll....I'm her Godmother! 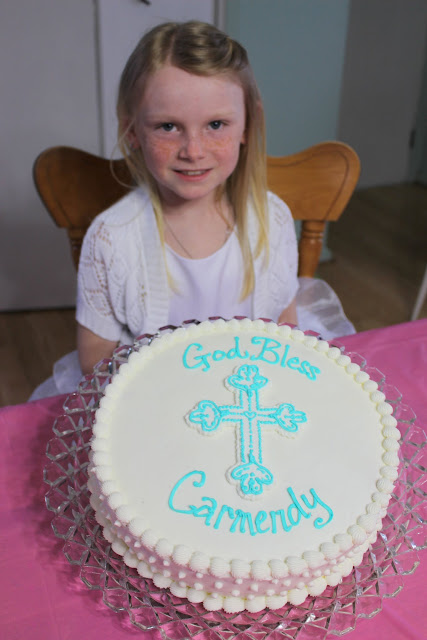 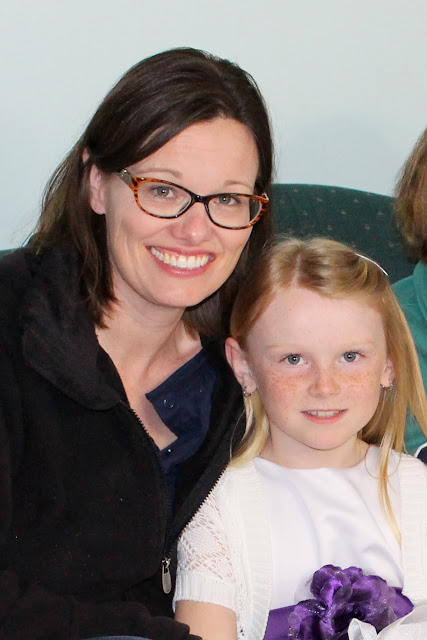 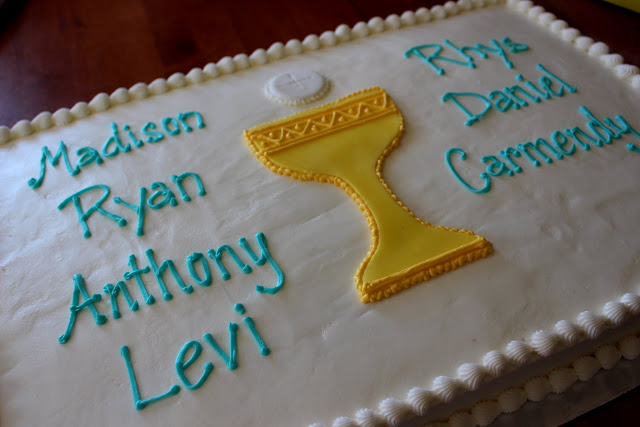 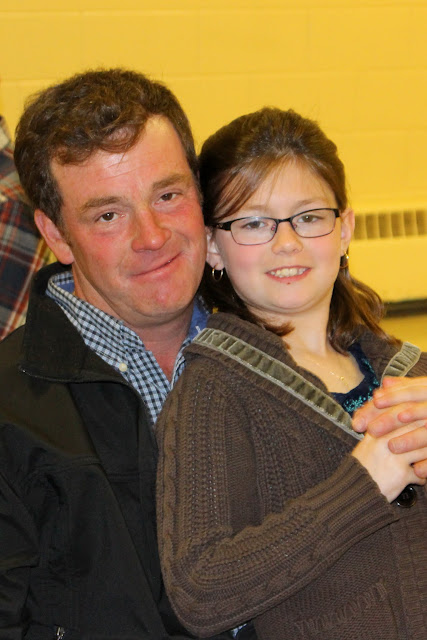 Sophie gets up early in the morning and she writes on the easel with the dry erase marker.  And when I get up and come downstairs I smell this weird smell...and I sniff all over trying to figure out where it's coming from.  And I panic and start to unplug everything in the house.  And I honestly think that something is smoldering somewhere and the entire house is going to burn to the ground.  Of course Sophie is sitting eating her cereal at the kitchen table wondering what is wrong with me.  "I don't smell anything," she says.....looking at me like I've completely lost my mind.  And then finally someone will come downstairs with their brain turned on (usually Johanna) and tell me that it's the smell of the dry erase markers.  My brain is not on at that time.  I have done this a few times in the last month.  I do believe that different colours have different smells.  But I might be crazy. 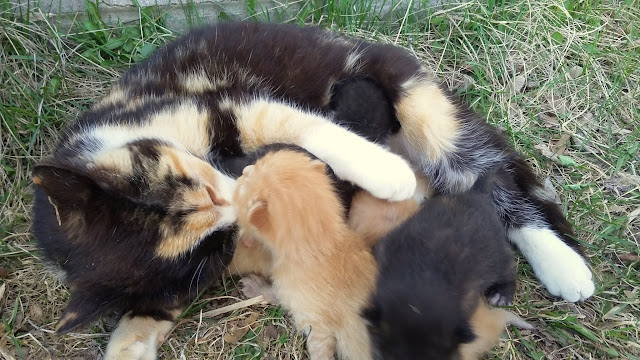 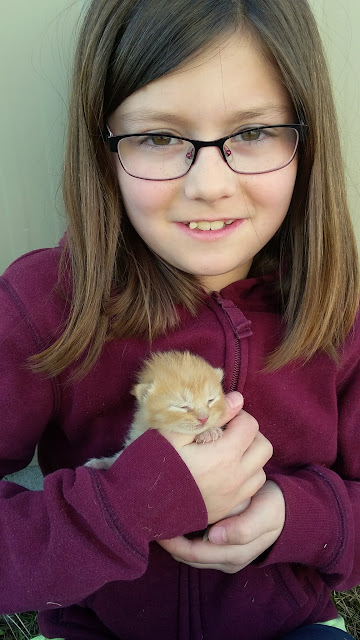 I filled out our Census online today.  We were given the long form.  That was one of the most difficult things I've had to endure.  I like to have fun with questionnaires....usually I lie on them.....when they are just from companies wanting to know stuff that they don't really need to know.  I get junk mail addressed to Dr. Dwyer!....and I drive a motorcycle!  I think it's because I studied questionnaires in my business marketing course....and we had to actually conduct one and tabulate the results.  And it was super boring.  So I think of those people tabulating the results and I give them a bit of a curve in their results.  Just for a wee bit of fun.

But I had to be serious today and fill that thing out proper.

And I made a butterscotch pie. 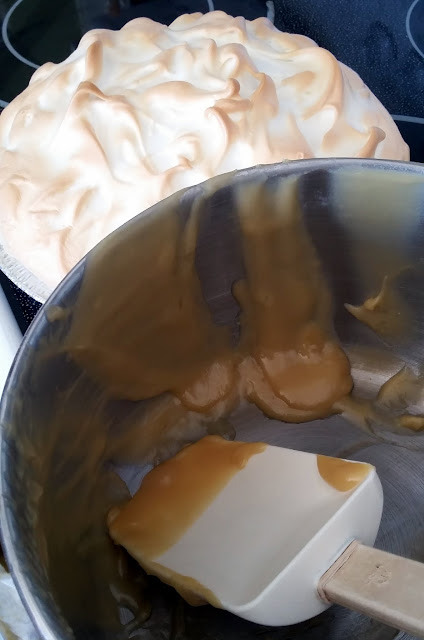 Brenda
Posted by Dwyer’s Farmhouse at 22:14 No comments: