My aunt gave me a coffee table a couple of years ago.  I just put it in the backroom....and I considered taking it to the dump.  It was really ugly.

My intention was to make a sign....with barn board.  I asked Terry to bring me a piece of barn board....but he never did...so I just started painting the ugly coffee table instead. 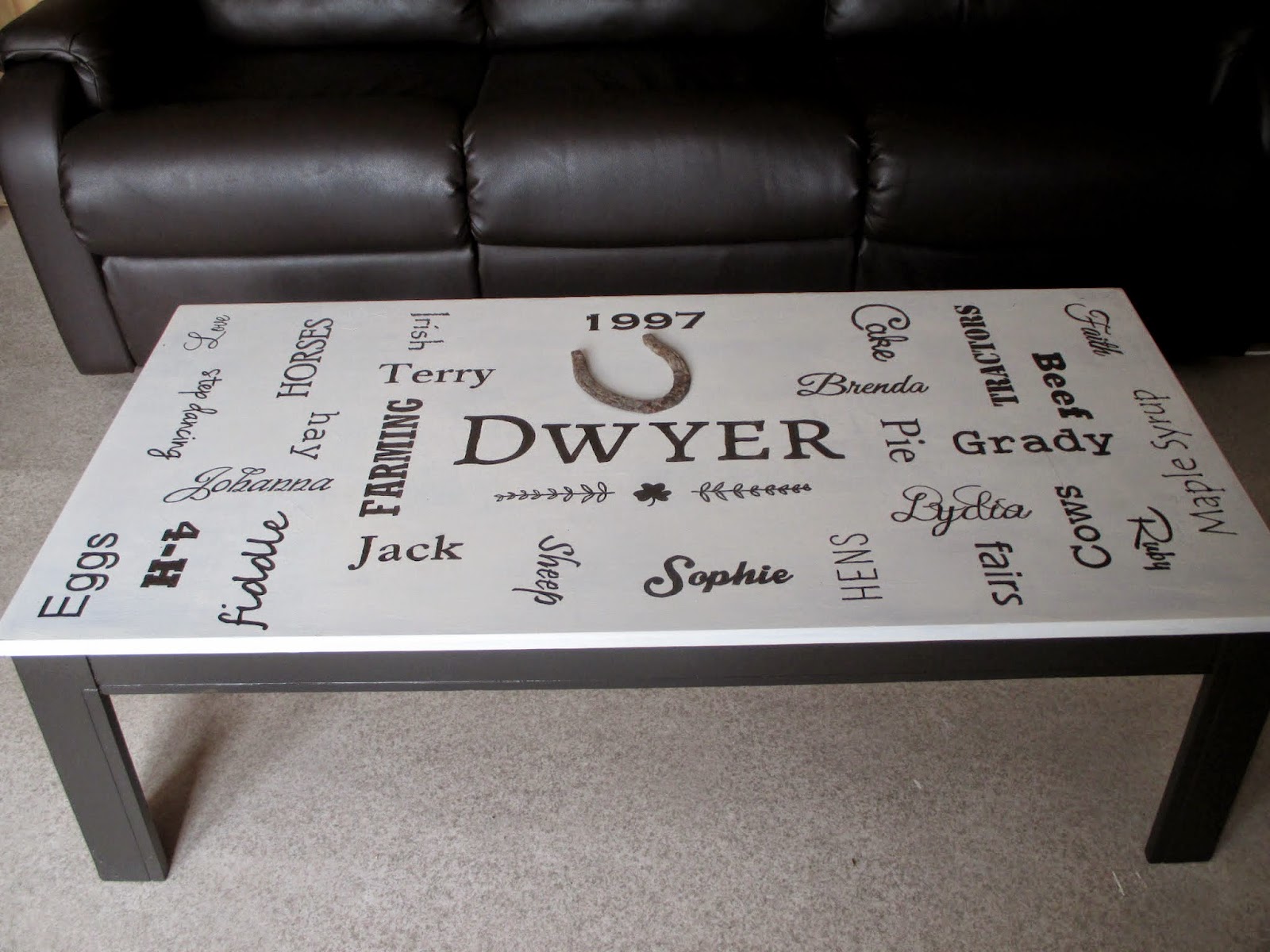 I didn't take a 'before' photo because I didn't know that there was going to be an 'after' photo.

I really didn't have much of a plan....and I just used some paint that I had in the basement. 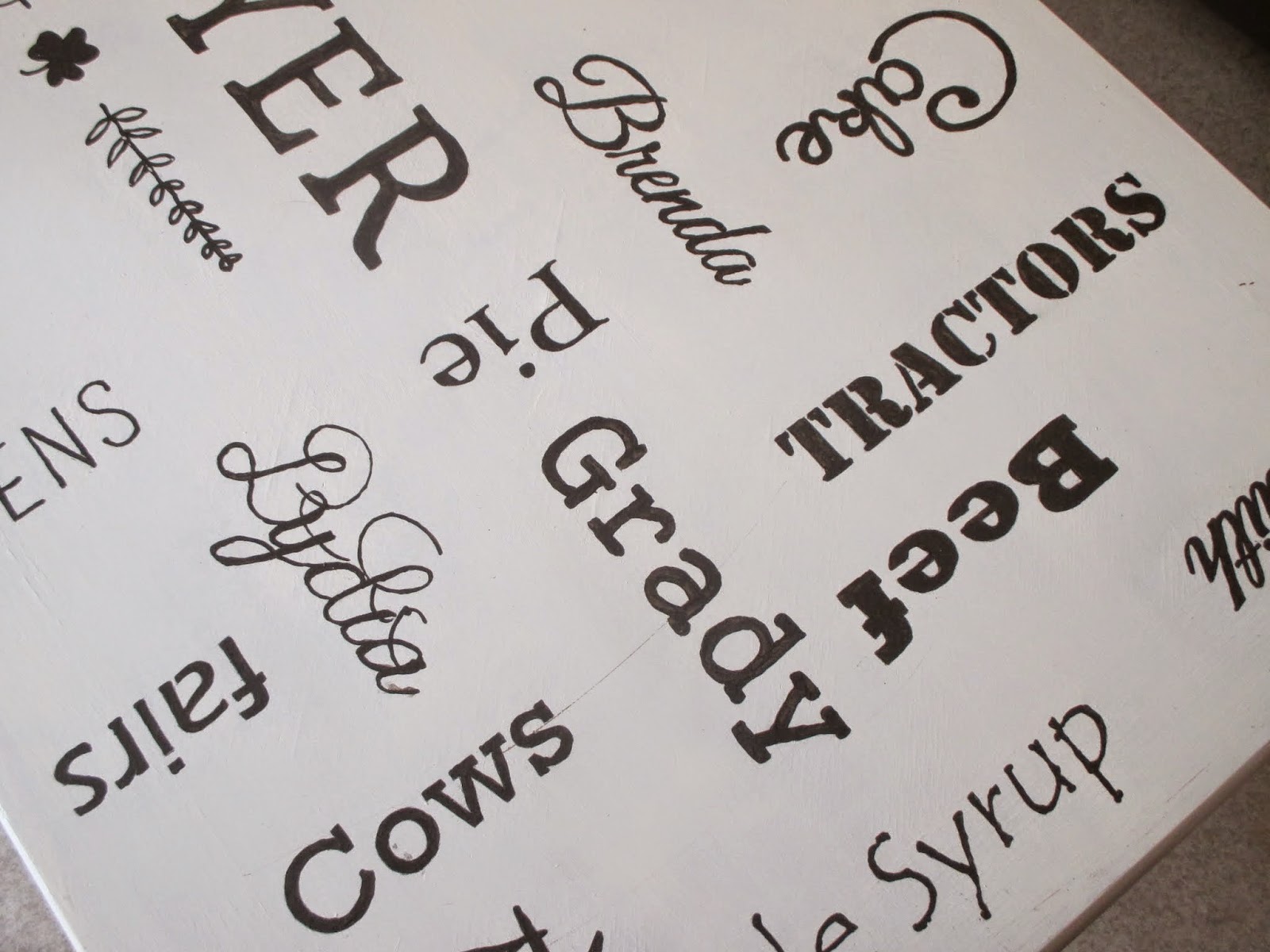 I downloaded some free fonts and I used Aimee Weaver's method of doing the words....it's here.  I used carbon paper to trace the words on and then I painted over top.  It was really easy and I enjoyed it. 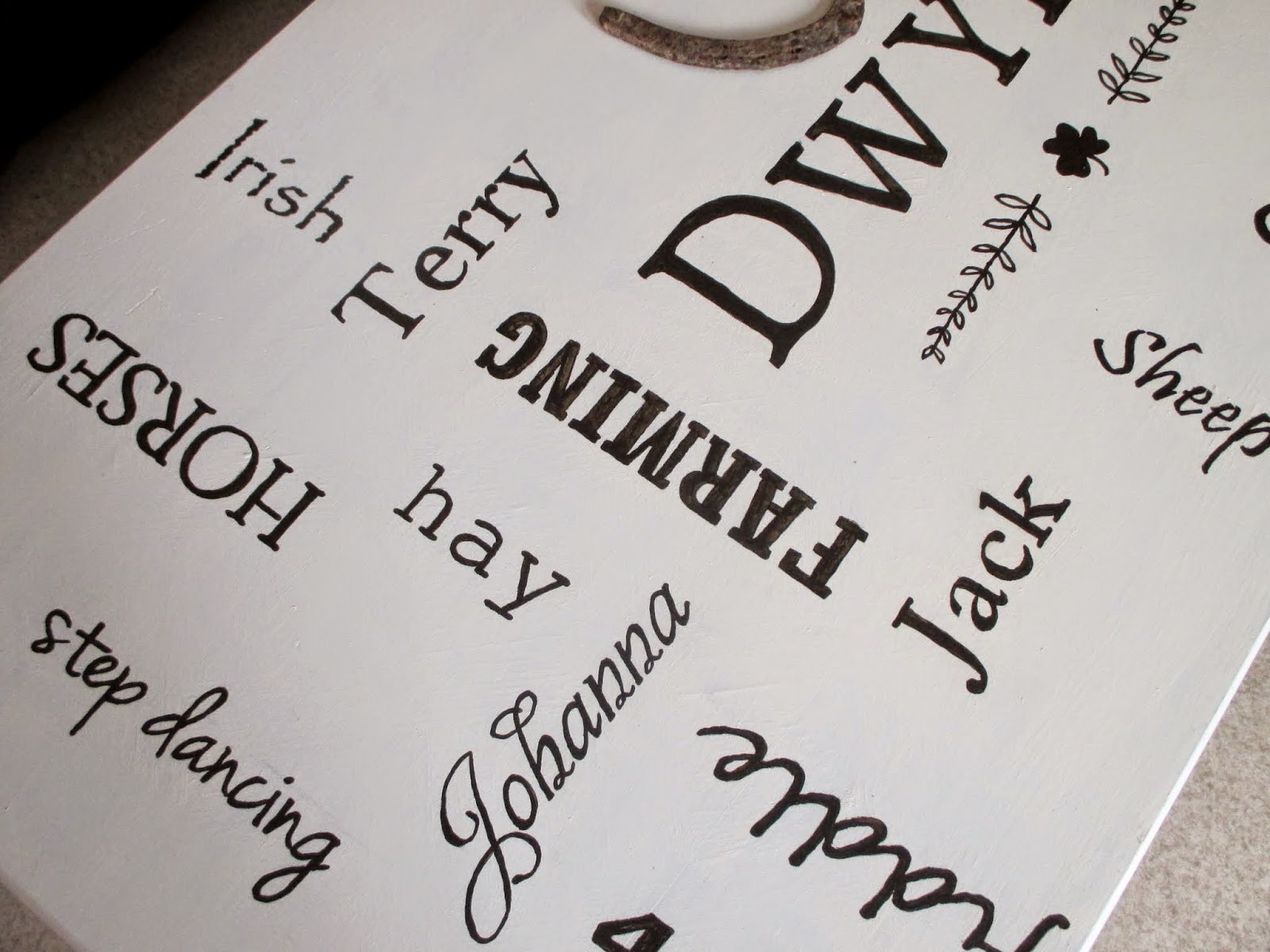 Because I didn't really have a plan....and Terry commented one evening "That's not like you"....he was being sarcastic.....I just started placing words on.....and not really knowing how it was all going to look in the end.  I ended up with this space in the middle and I considered a few different things for it but then I decided on a horseshoe.  Terry told me not to use this one that's on there because it's in really bad shape.  He told me that he would get me a better one.  But that was over a week ago.... 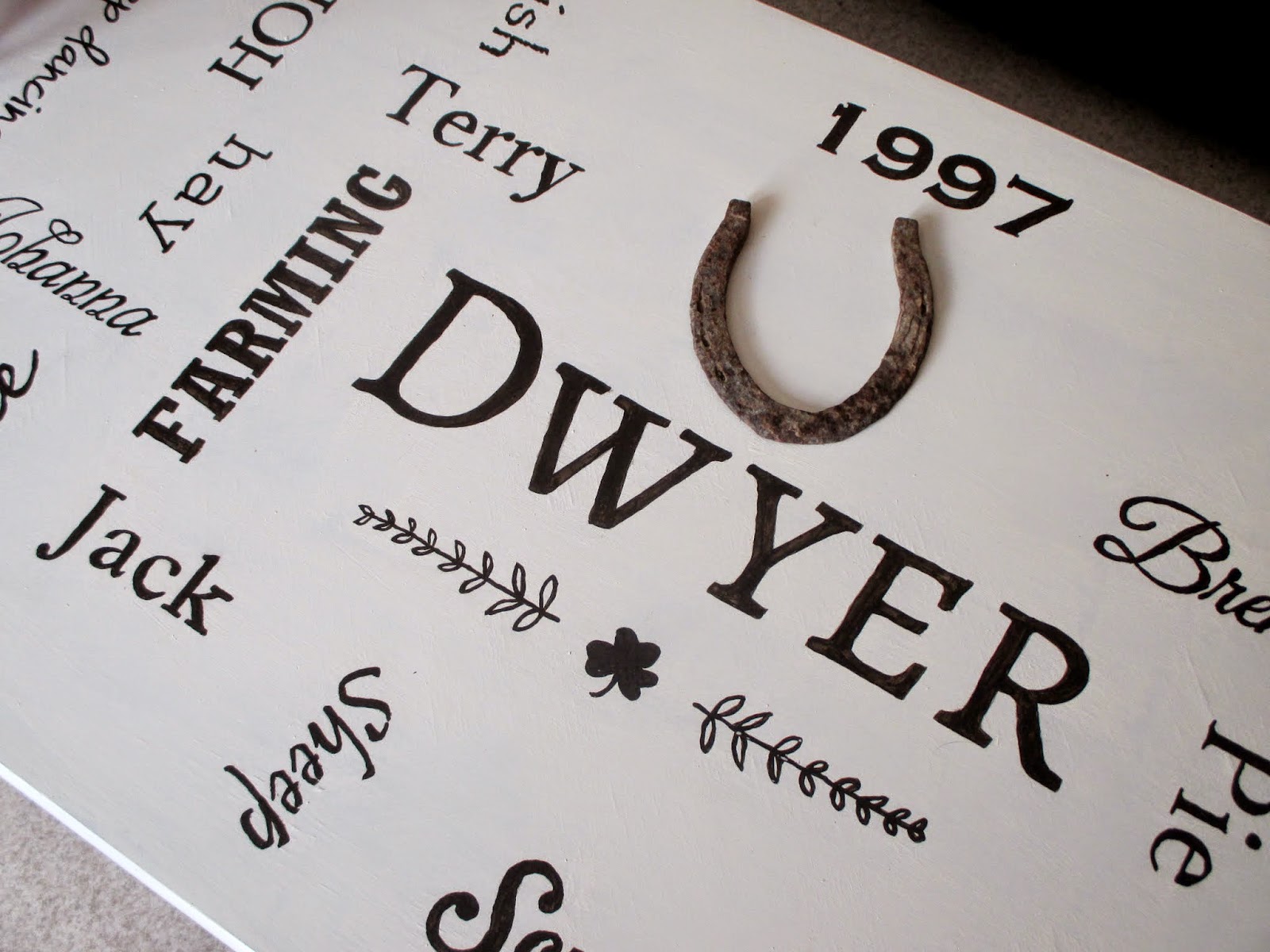 So that horseshoe is just placed there....when I get 'the better one' I will hot glue it down.  And I can't decide whether to put it on straight or put it on a slant like it is here.  But I don't have to worry about that today.

I'm also considering sanding the sides a bit and giving it a rustic look.

I picked up this little stand at Value Village for $2.99.  It was the colour of dirt....and it had some stickers on it that needed to be removed.  I cleaned it up and painted it. 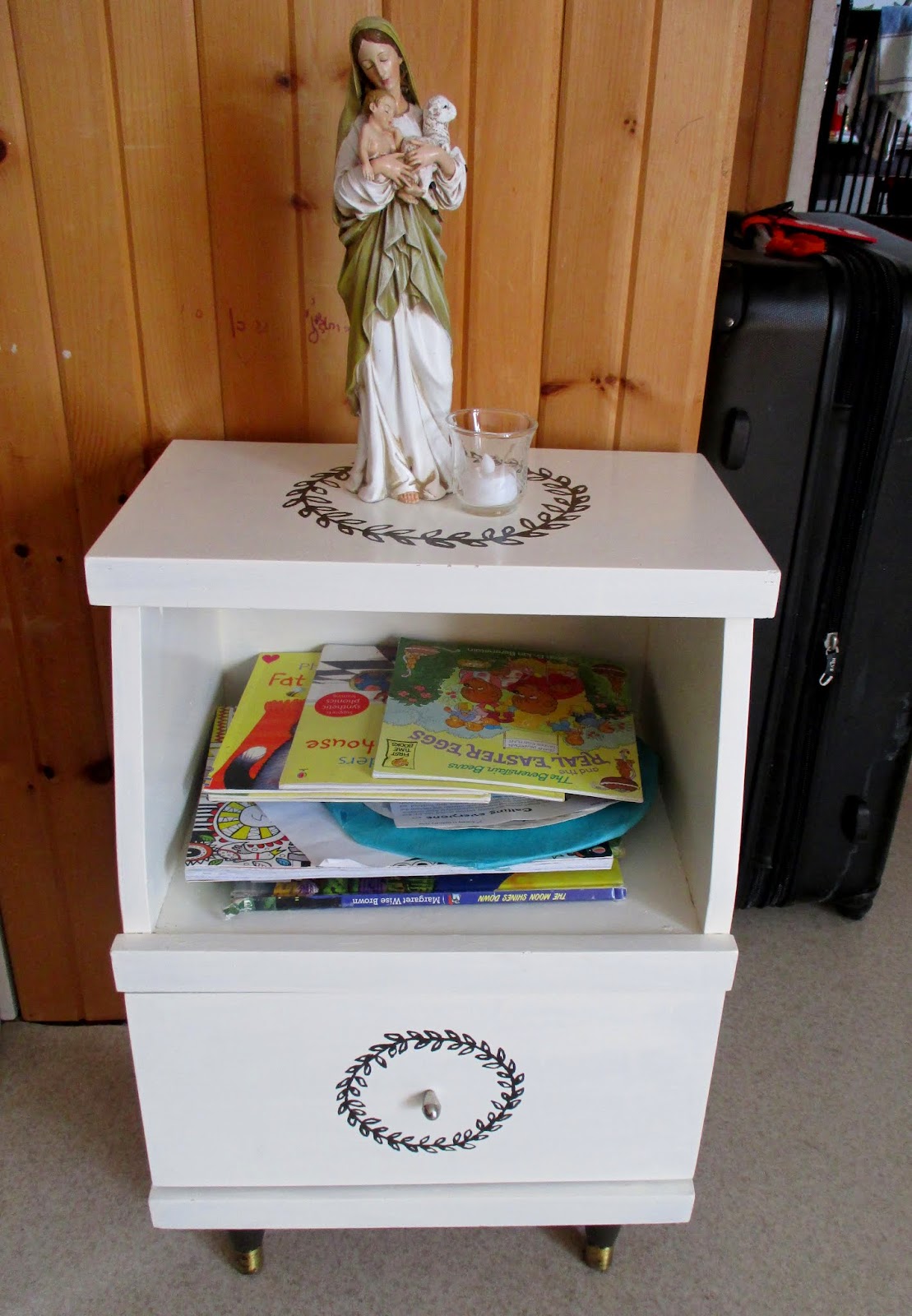 I downloaded this vine thing for free and then I just traced it on with the carbon paper and painted it. 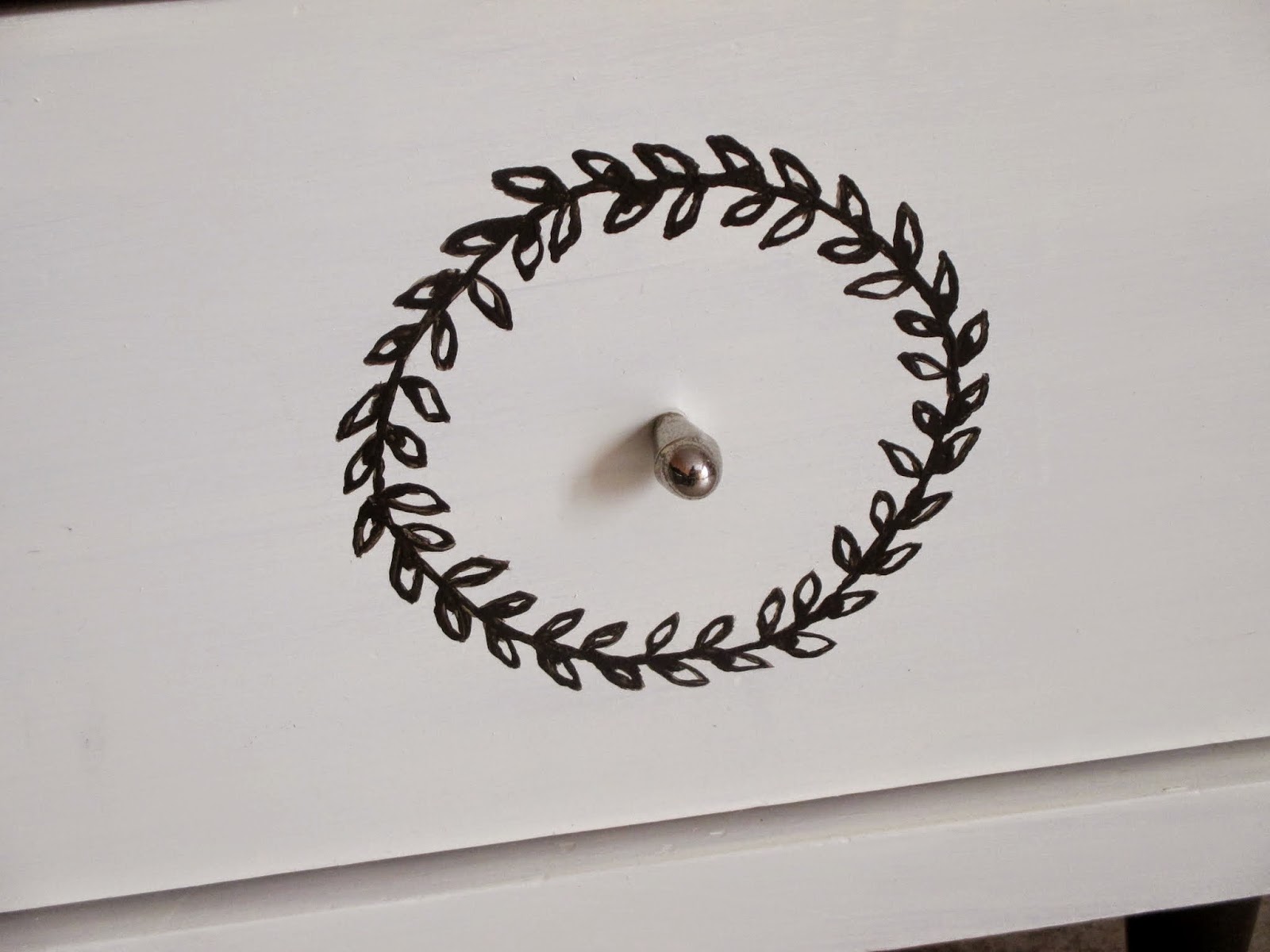 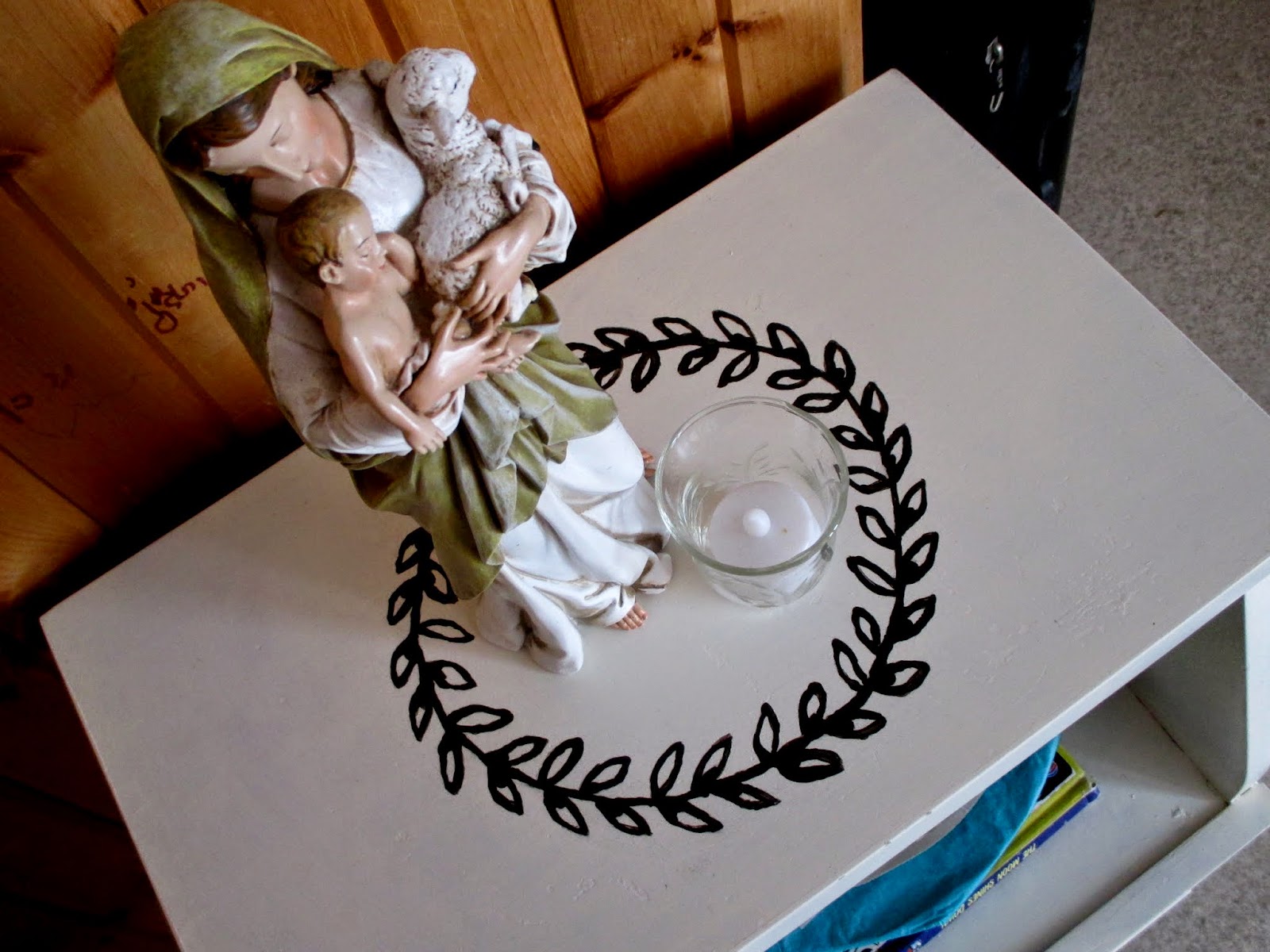 Sophie and Lydia wanted to paint something too....so I bought them this piece of canvas at the dollar store and they made this..... 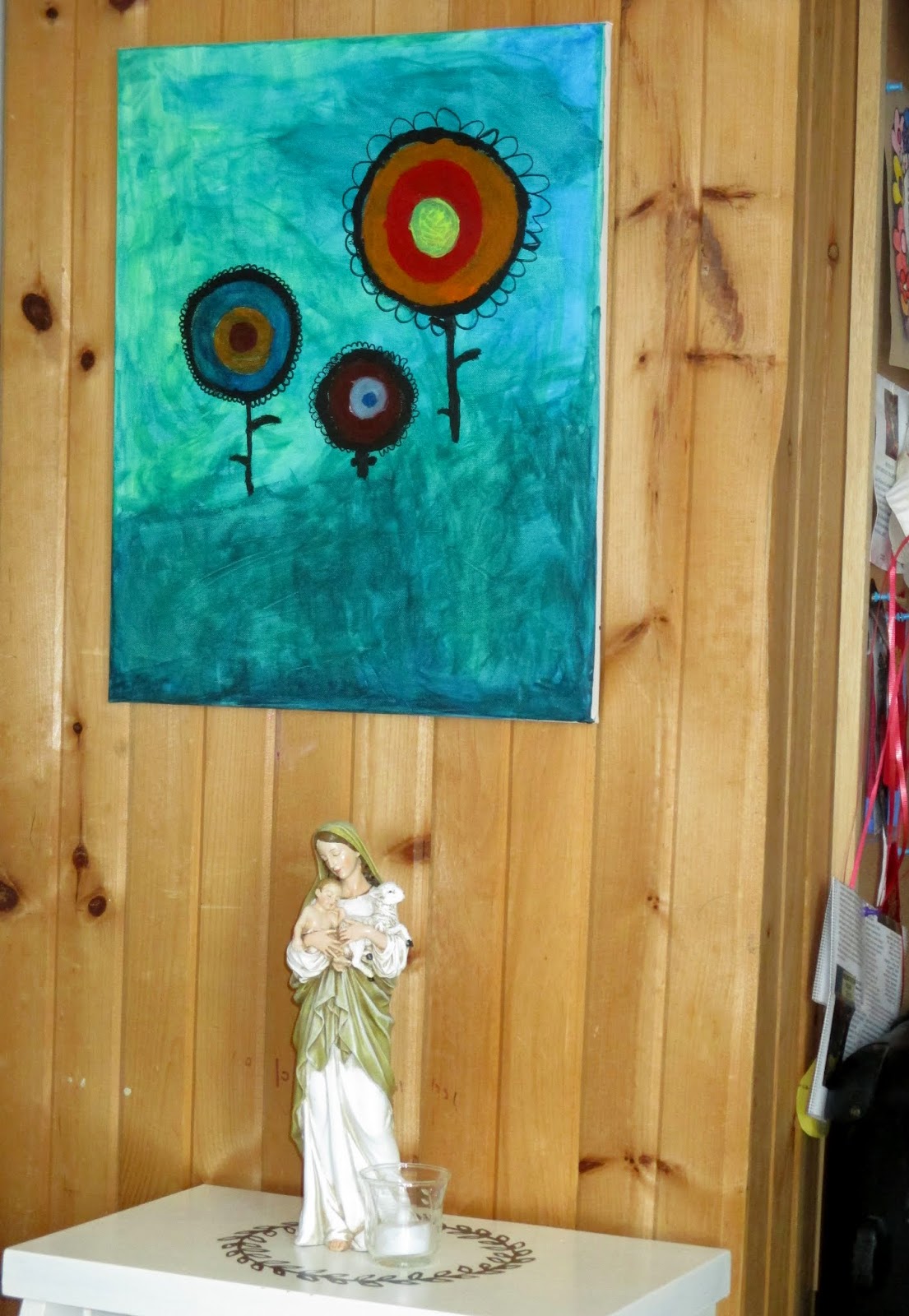 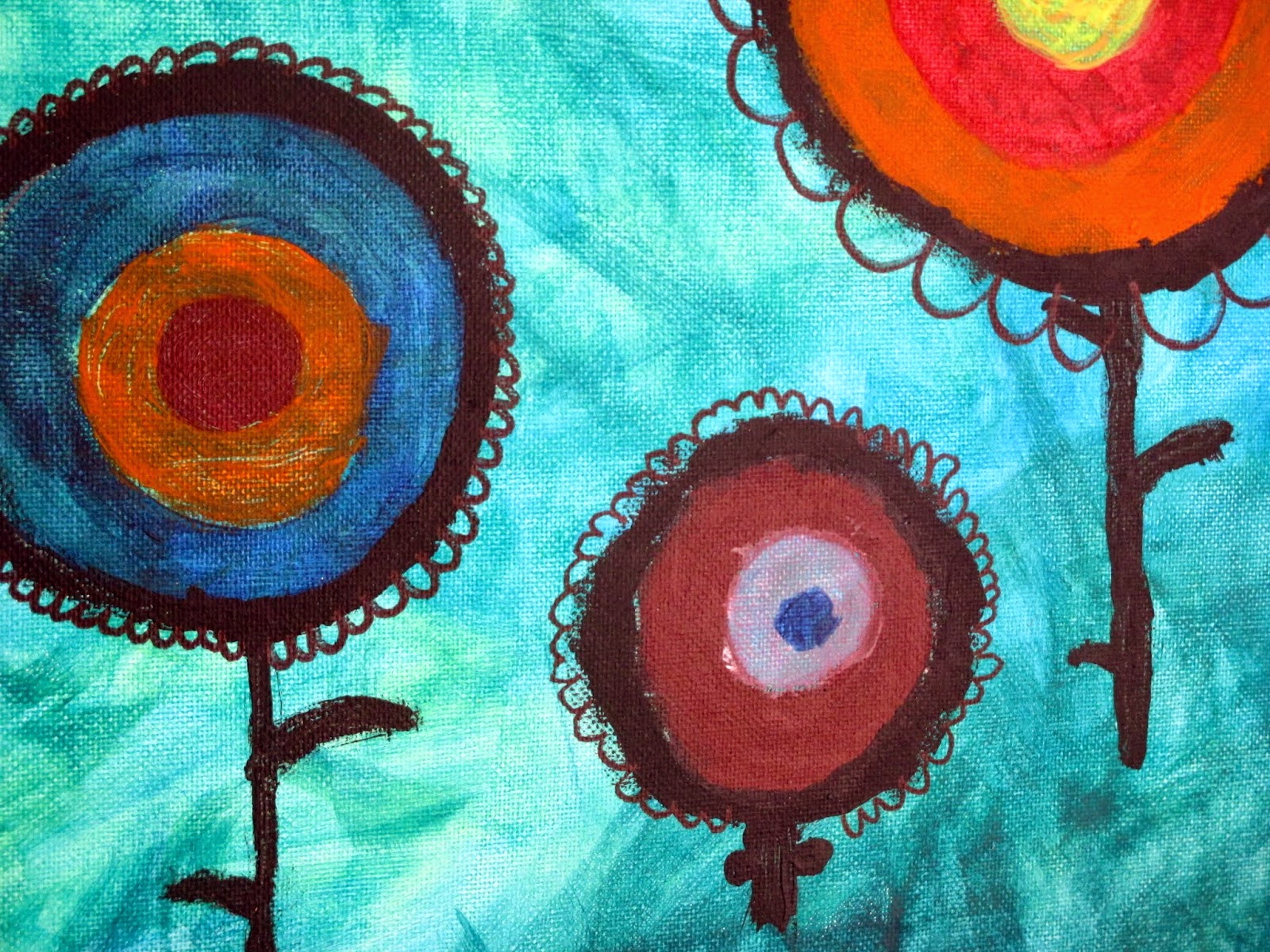 Our winter projects are complete....spring can arrive anytime now.

Brenda
Posted by Dwyer’s Farmhouse at 11:21