A friend asked me to make an Elsa cake for her daughter's birthday.  Of course I searched Pinterest and there was lots of ideas there.  I needed something simple.  easy.

I had the idea in my head....I just needed a little Elsa figure so I went to the dollar store and there was none to be found.  I bought a strip of tiles that had Elsa on them.  Only they weren't really tiles.  It was just a thick sticker.  There is no way it would actually work as a tile on a wall with water contact.  It was a useless Elsa tile that was really meant to be on my Elsa cake.  So I cut out Elsa and stuck it onto a piece of bristol board and then glued a dowel rod behind it so I could stick it in the cake.

Pinterest had Elsa cakes with faux glass all sticking of the cake around Elsa and when I searched to see how to make that glass I realized that it was just too hard....and it sometimes doesn't even work....and you need a candy thermometer....and it's all too complicated and I don't have time for that.  But I liked the effect of it all.

So I bought some blue and white candy melts and melted them and put them out on parchment and swirled them a bit and sprinkled some round white and silver sprinkles on them.  I let it harden and then broke it up into pieces that would look like glass mountains.  And I shoved those into the cake. 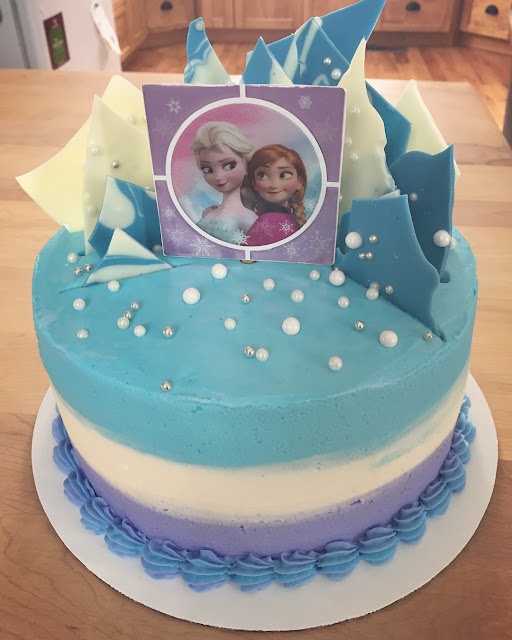 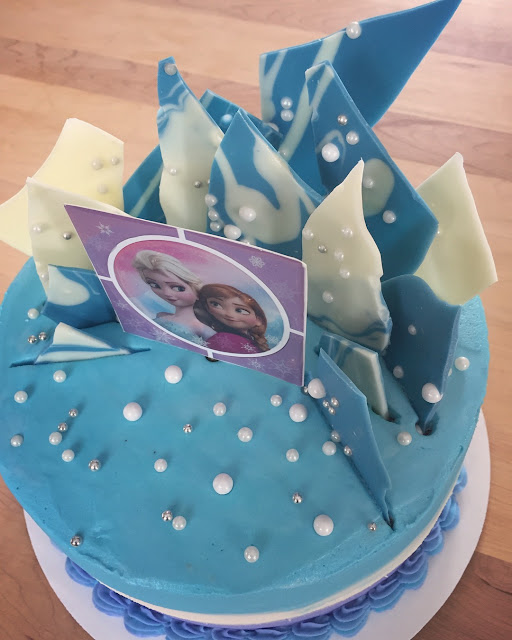 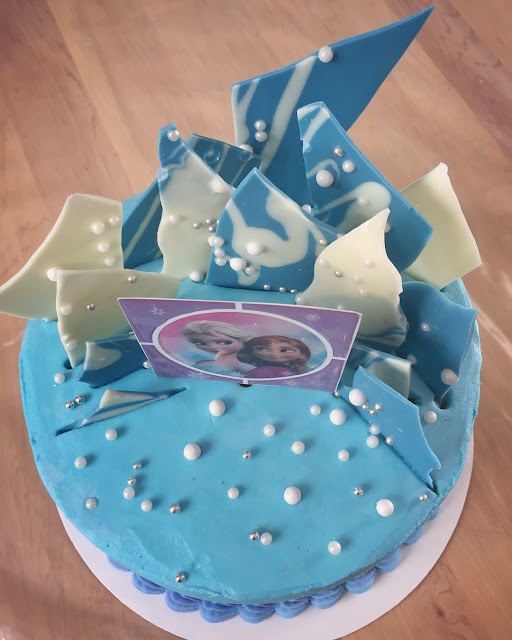 In other news Terry spilt diesel fuel all over his pants this morning.  It soaked through into his favourite long johns.  His world was shattered.

He threw the pants outside and then put the long johns into the washer....even though I told him that the smell will not come out.  Then he added his coat and toque and he was thinking of going out and getting the pants and putting them in the washer machine too.  I told him that the diesel would still be there even if I washed them.  And one day he would go out to the furnace and a spark would light his pants on fire and he would have a burnt leg and I would have a whole lot of problems....so please just leave the pants outside.  And he did.