I have a farmhouse that I bake in.  It's my 'baking' farmhouse.  I bake all my pies for the market there.

It has two really nice large front rooms.  Johanna uses one to teach fiddle and stepdancing....two nights a week.  It's worked out well for her to have her own space to do this.

The other room is a work in progress.  I've been painting.  It has very old wainscoting all along the bottom half of the walls and it was dark.  I washed it a couple of times but the cloth just kept turning orange.....I decided to paint it.  With 4 coats of white paint.  I think I'm done now.

As I was painting I kept having to move this faux fireplace mantle.  It was placed in this room...in 'storage'...but I was considering taking it to the dump.  It was also dark.

Finally one day I just painted it white too.  I decided that I would use it. 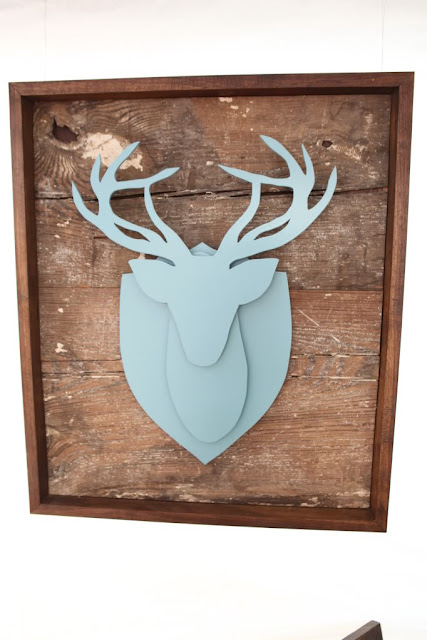 It was from Katie's BOWERPOWER blog.  It's here.

This is what I was looking for!  I could see this above the mantle.  Only I would do three different coverings on the three different pieces.  I could see it in burlap and lace or all different fabrics.  But I didn't have that stuff.  I just had scrapbooking paper and I was just too excited that I needed to make it RIGHT THEN.

So I drew it out on some Bristol board.  Just free hand.  It took all evening.  But it was worth it. 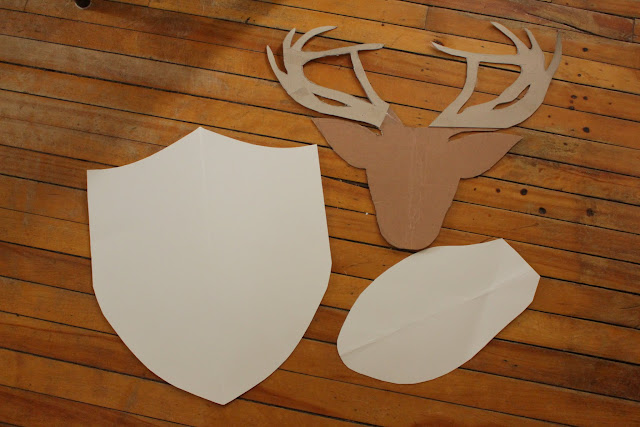 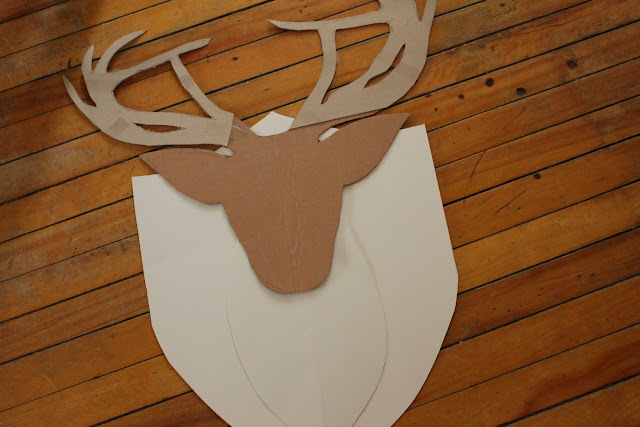 And then  I used my tracers and put it onto heavy cardboard.  And cut it out.  It wasn't easy.  Those curly antlers were a real pain.

And then I picked out my paper and I had to try and match it up like wallpaper because my papers weren't actually big enough to cover it.  It was big.

And it was harder than I thought it would be.  And everyone was asking me what I was doing......they shake their heads a lot at me.

I glued it all together and I was amazed.  I think they were all amazed.

And I teased the boys that I had to make my own buckhead because they had never shot me one.

But then Jack got a beauty. 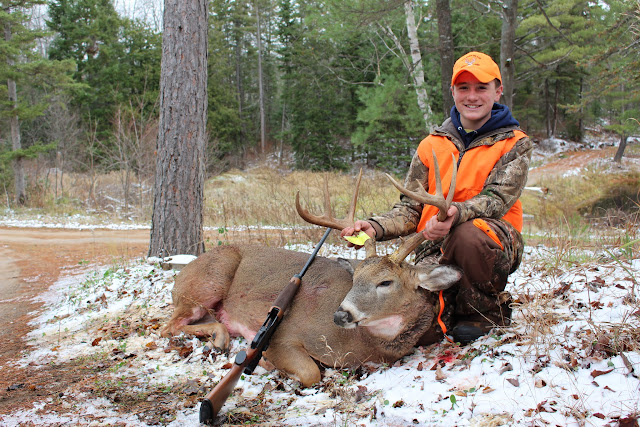 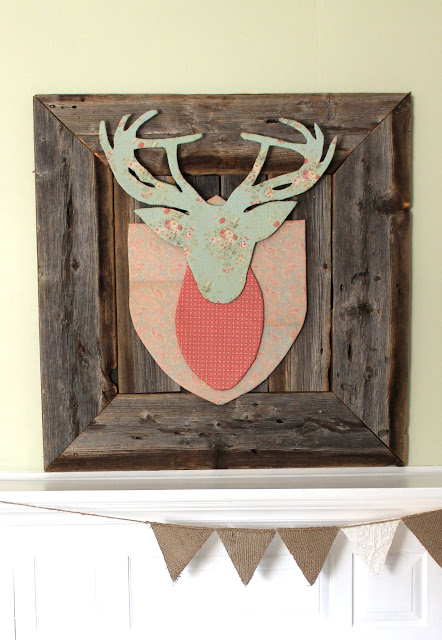 And I begged Terry to build me a barnboard back for it. 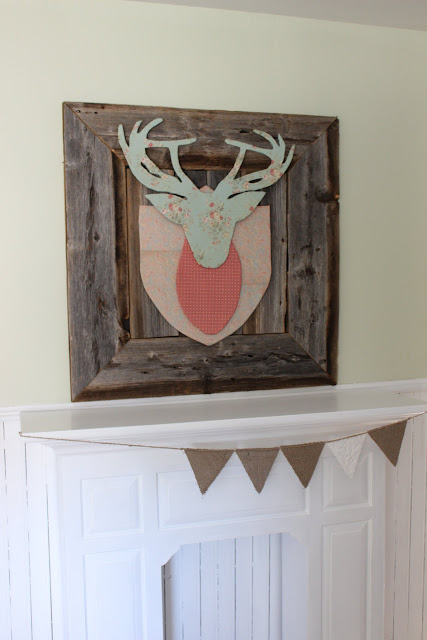 EEEEKKKK!  I love my buckhead!

Brenda
Posted by Dwyer’s Farmhouse at 14:23

Email ThisBlogThis!Share to TwitterShare to FacebookShare to Pinterest
Labels: crafts, fall, the hunt