These fabric banner things are all over pinterest.  But I have no time to sew....so I just used hot glue!  I cut out cereal boxes in the shape of triangles and I hot glued the fabric on.  Then I just hot glued then onto a piece of twine.... 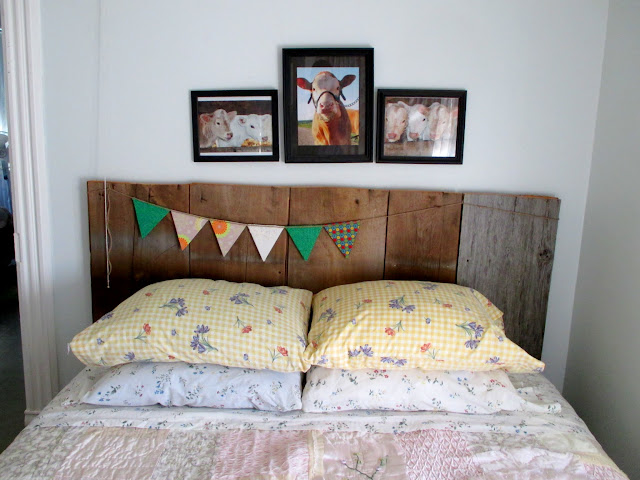 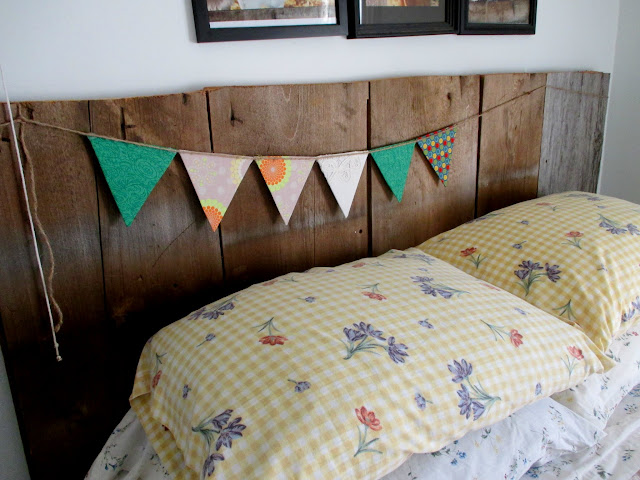 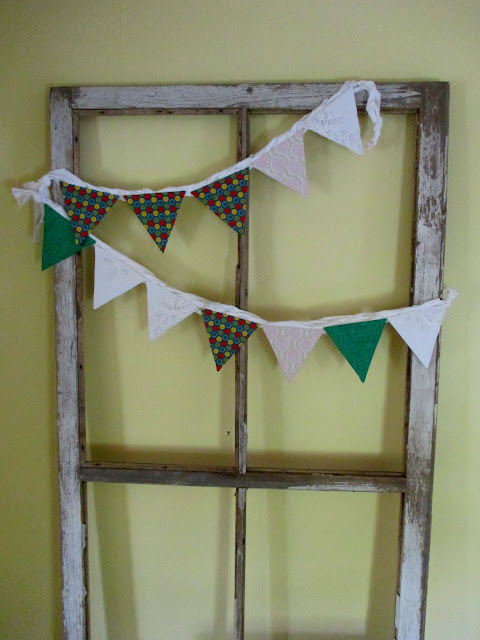 Jean at The Artful Parent made these amazing glue on canvas paintings and I wanted to give it a try.  Her tutorial is here.

I picked up some canvas at the dollar store and we used regular white glue to make a picture.  Sophie did one. 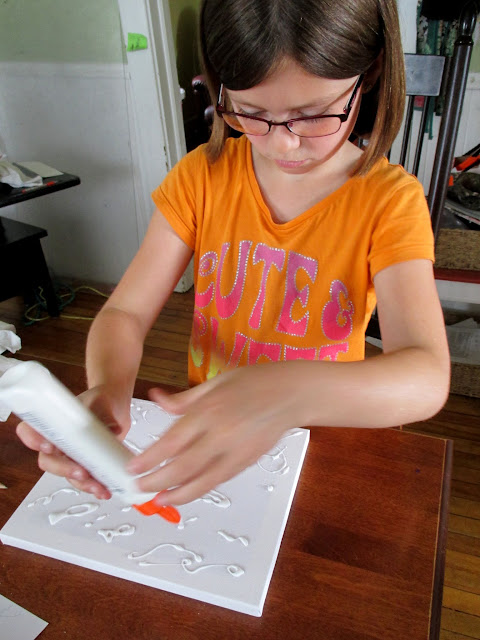 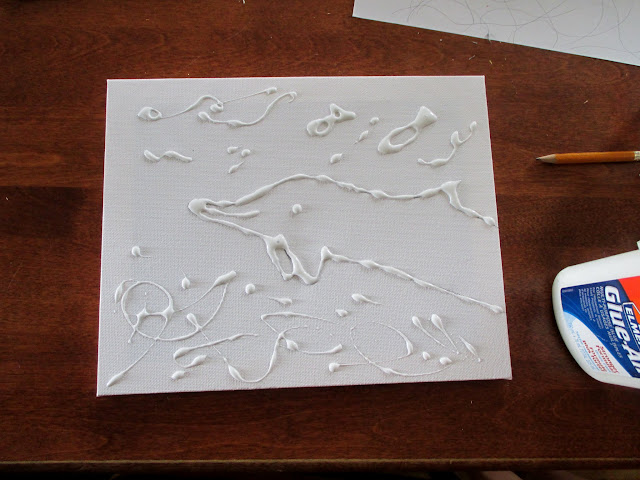 Then we were suppose to use 'water paint'....which I've never heard of....and I didn't have any.  So I took my paste colours that I use for tinting icing and I coloured water.  Food colouring would also work. 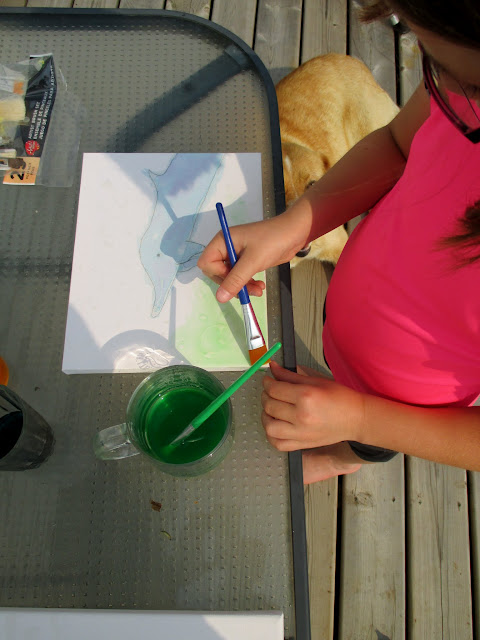 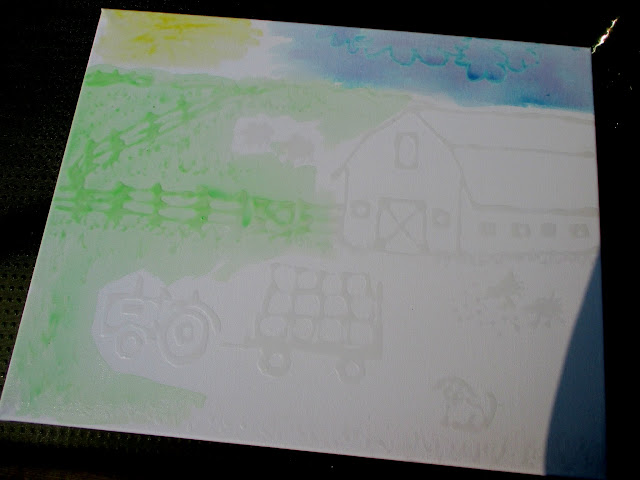 And we just painted all over the canvas.  And the glue sucked up the colour. 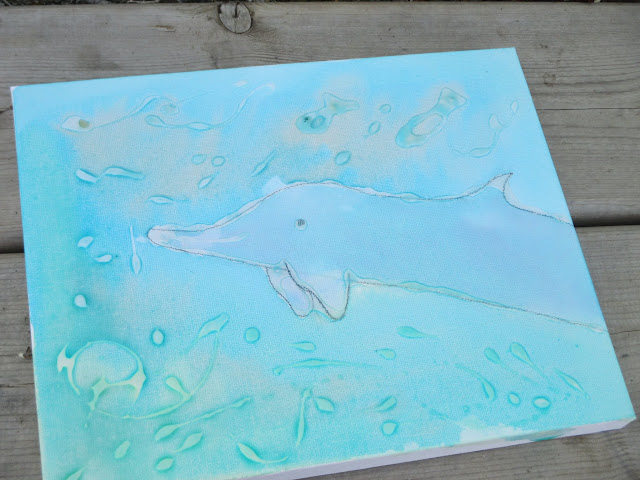 Sophie had drawn the dolphin on with pencil before she used the glue and unfortunately it showed thru because the glue dries clear. 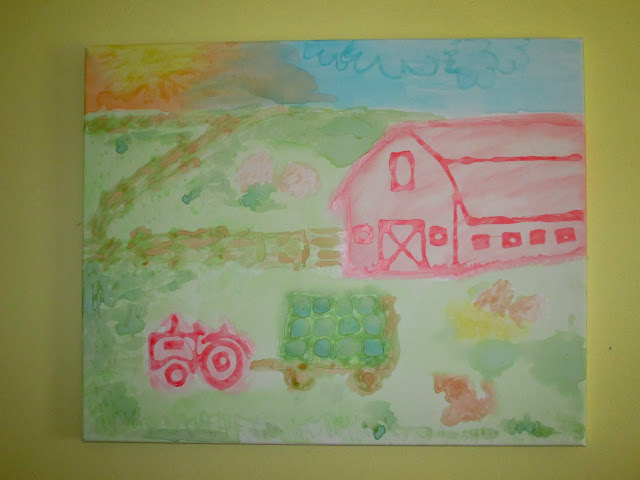 While we were at the dollar store, the girls decided that we should buy some embroidery thread.  Even though they had no idea what they were going to do with it.

I did some google searching and they've been making "God's Eyes".... 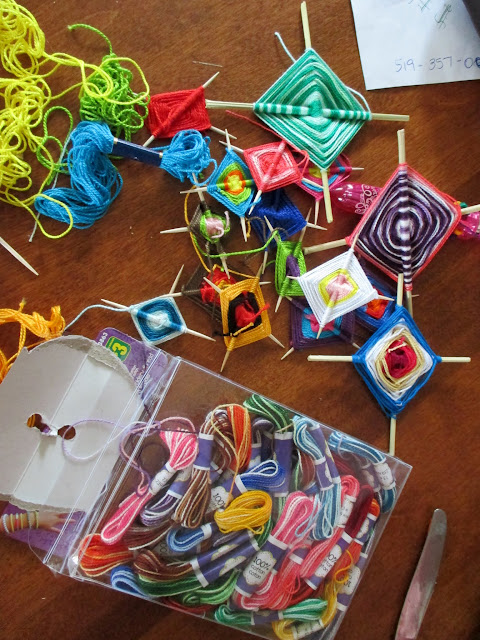 And they made several bracelets.

Sophie also did a little bit of embroidering on her pillow case but she dropped the needle on the floor and we've never found it....and she didn't get finished.

Funny how things can just 'disappear' in this house.

I need to buy another big needle.