Last week, a friend of mine asked me to make a cake for her husband's birthday.  He was turning 50.  There is a bit of a joke in their house about both him turning 50 and Tim Hortons turning 50 this year.  They were both 'born' in the same year....and he loves his Timmies.  So, she had asked me to some how incorporate something about Tim Hortons on his cake....she was thinking of putting a Timmies cup on the cake. 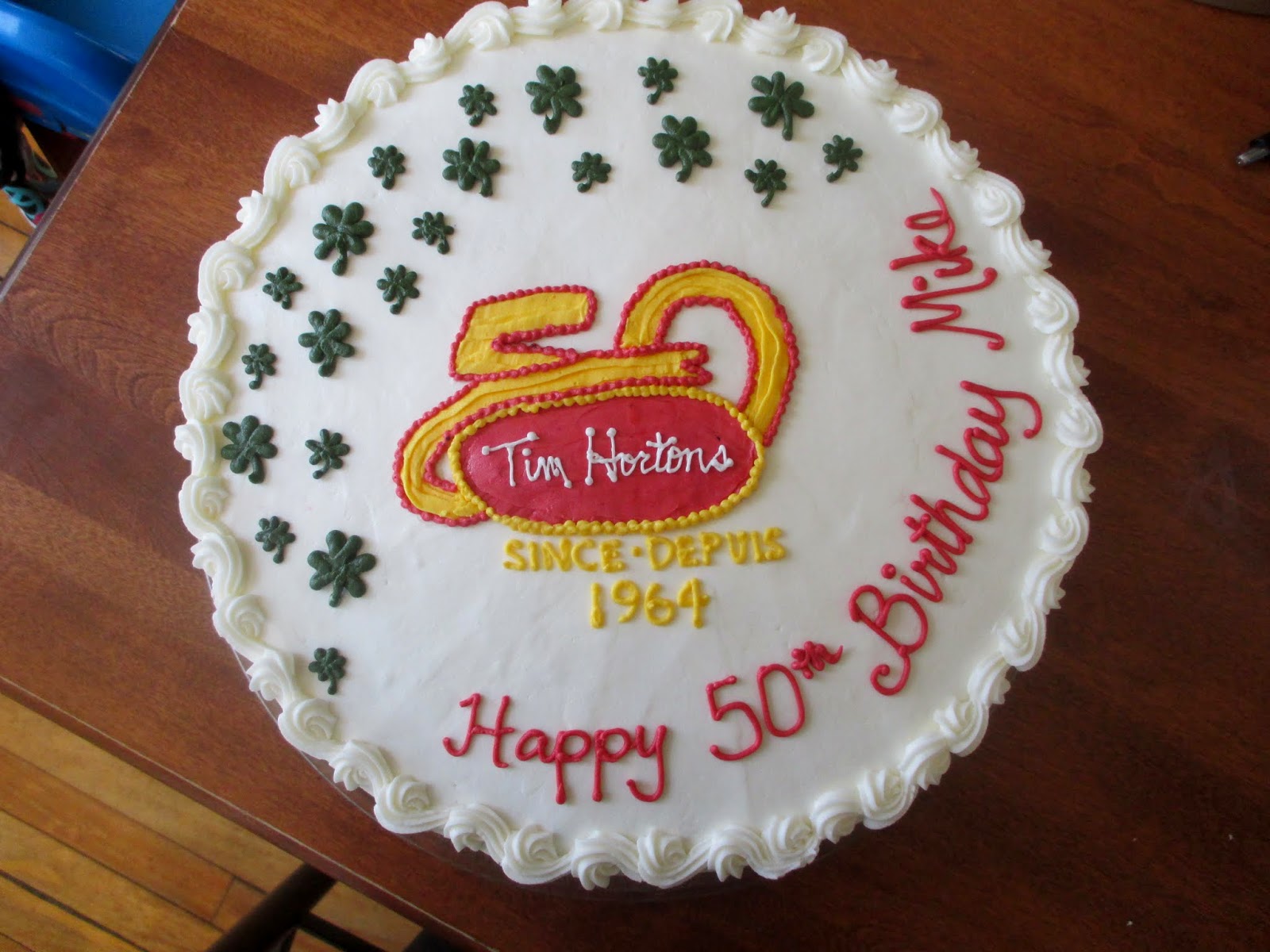 I just googled the logo for Tim Hortons 50th Anniversary and then I drew it on the cake. 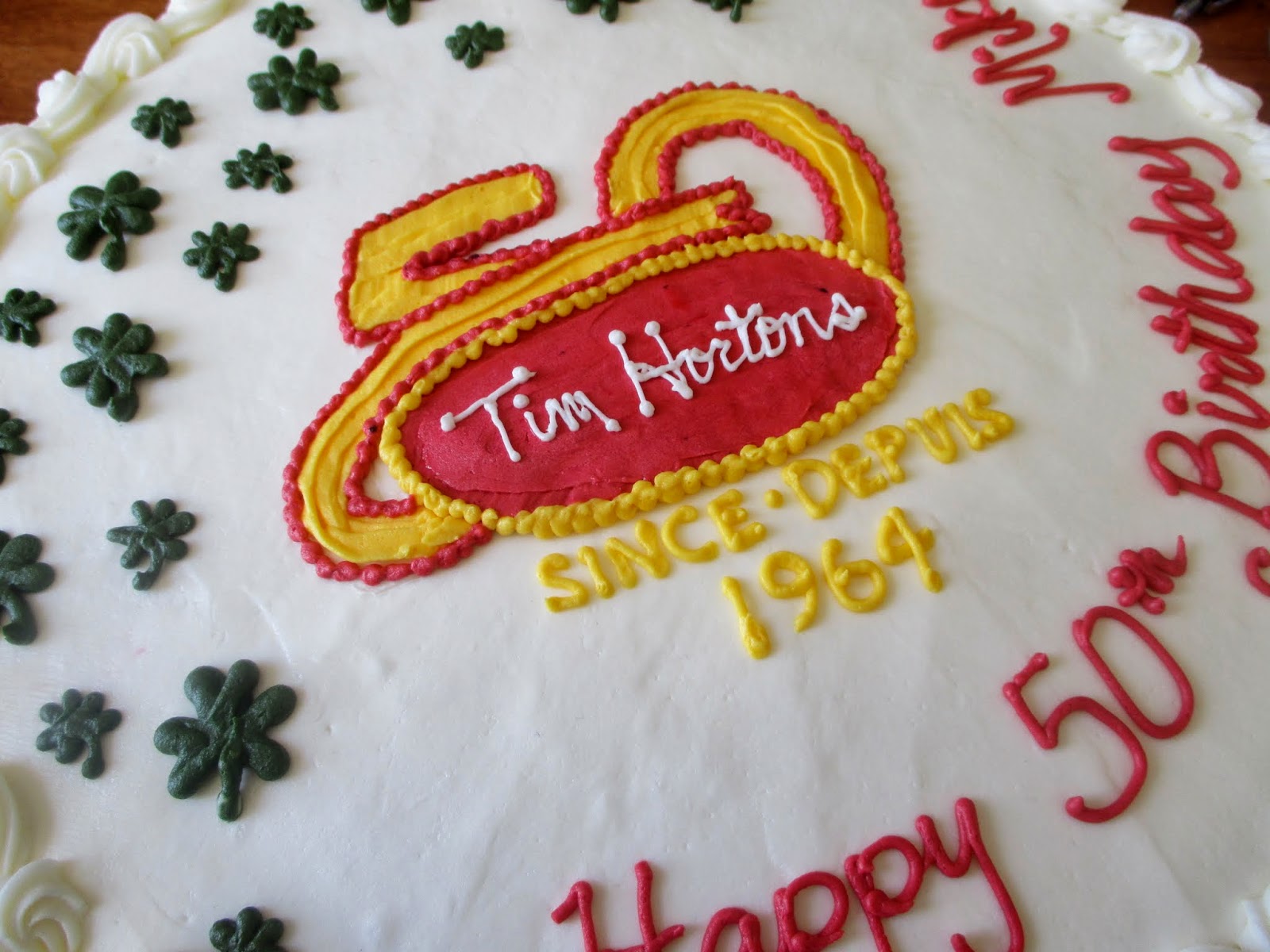 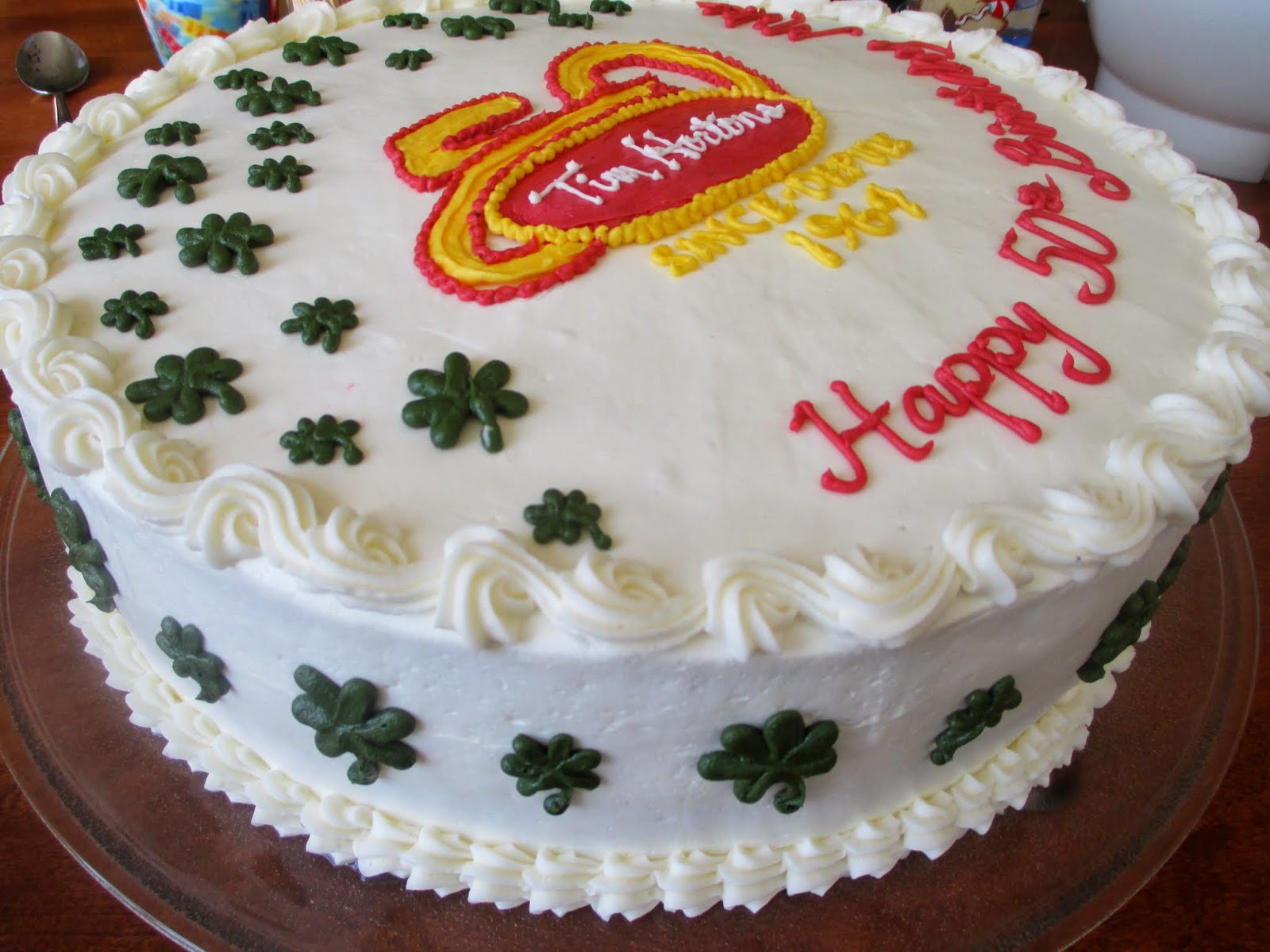 I couldn't help but put some shamrocks on the cake too.  After all, his last name is Donohue and they were going to be celebrating right after the parade.

Brenda
Posted by Dwyer’s Farmhouse at 09:45