We bought a new van....in 2004.  Actually, it was on the same day as my nephew was born.  So every year when we wish him a Happy Birthday we also think about the van.  We can't believe that he is now 9 years old....and so is the van.

This was when the van was BRAND NEW....so clean....and it didn't smell.  We were all dressed up and heading to my brother's wedding. 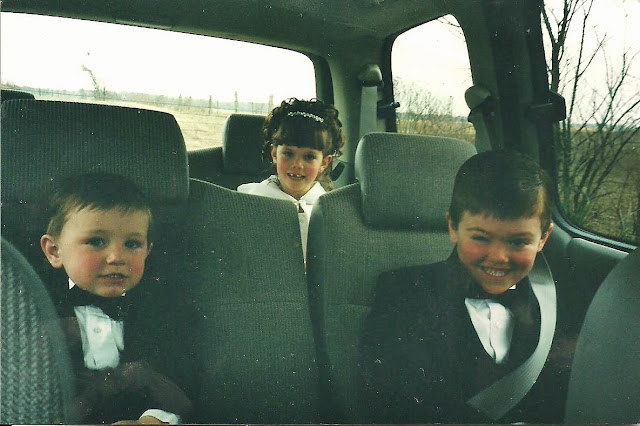 They grew up...and the van has gotten sort of old.  But we still love it.  It's just always been there for me and it's never left me on the side of the road.  I could drive it with the oil light on or a back tire would get low....but she would just keep on going.

Terry bought a 'new to us' van back in the fall.  But I just can't get warmed up to it.  We only had it a week and it wouldn't start for me one morning.  Johanna said...'I guess we'll just have to take Old Reliable'.....what a perfect name for our old van.

So, on most days, I'm still driving the old van...because it has now become the 'chore van'.  We put hay in the back of it or a ewe or a lamb or a hen or a cat or a bag of feed...really anything that needs to be transported.  It's working out really well.  It's like a truck...only better.

The other night I asked if the kids would go and get some wood and bring it down to the furnace.  They said...'yeah'....the enthusiasm just wasn't there.  So, I said...'you can use the van'...and they raced out the door!  Grady let Johanna drive this time, but he has also had his turn 'getting the wood'.  They just drive from the place where the old machine shed was down to the furnace.  It isn't far....but it's great fun for them.

Now, the toothless grinning girl that used to be in the back seat is sitting in the driver's seat.... 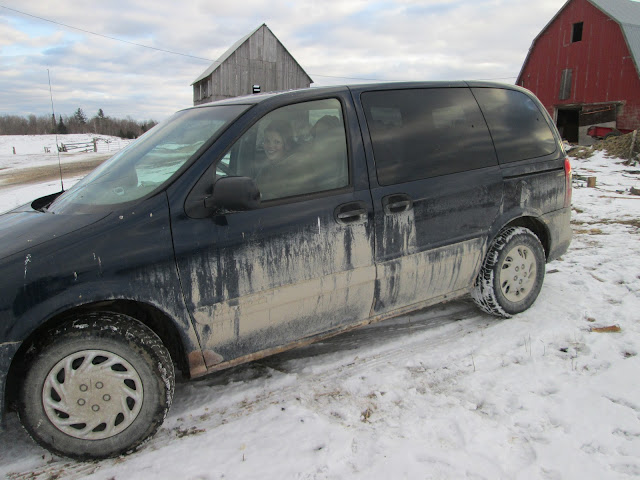 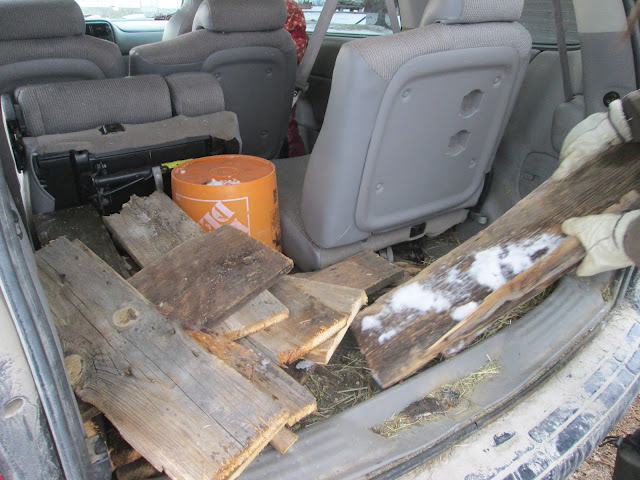 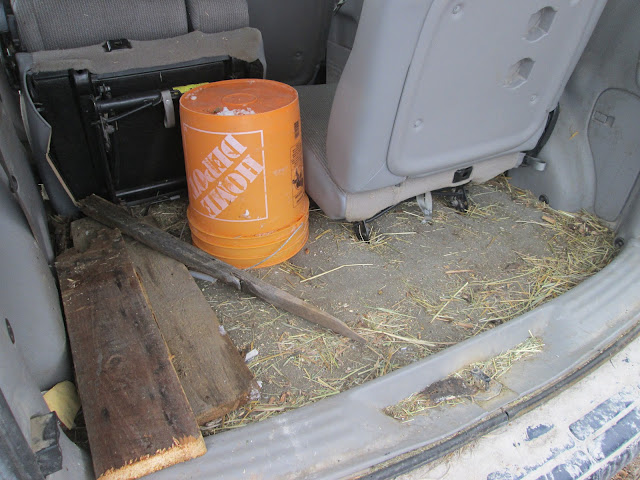 Brenda
Posted by Dwyer’s Farmhouse at 19:58