It was 7a.m. and I had given Sophie a bowl of cereal for breakfast.  Then she asked for a pair of scissors.  I heard Jack ask her what she was making and she said, "A hat."  I took a look at what she was doing.  She was trimming around the square wrapper from a Tylenol cold pill and making it round.  You know....those wrappers that individually wrap each pill in the box.  The Tylenol cold pills are round so the little bubble in the middle is round.

Terry had taken a Tylenol before he left for work...he has a cold...and he left the wrapper on the table.  You know....like when someone leaves the band aid wrapper on the bathroom counter....it's just one of those things that can't be thrown out....

Anyways, Sophie took the Tylenol wrapper and made it into a hat.  Then she got out the pink fun foam and decorated it. 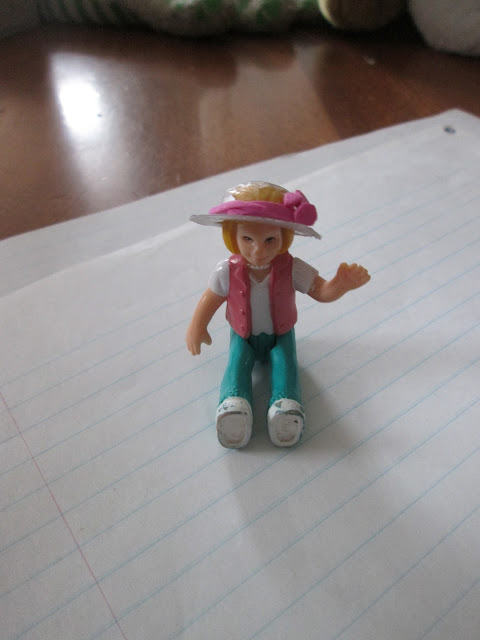 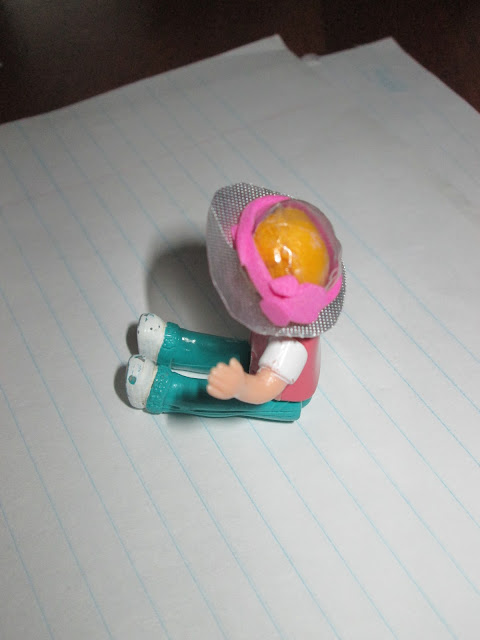 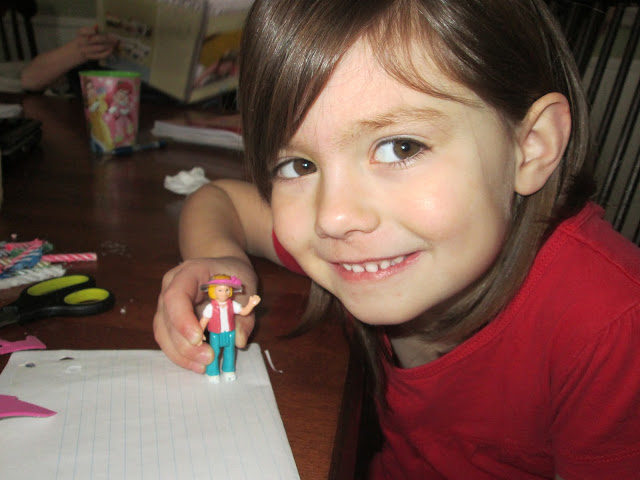 This was the scene on the kitchen table this afternoon.  She had gathered the mini Barbie with all the Barbie dogs and cats of the house.  They were having a 'circle time' and checking out the new hat!  See the little white cat beside Barbie...she was the one that nearly went down the drain last week. 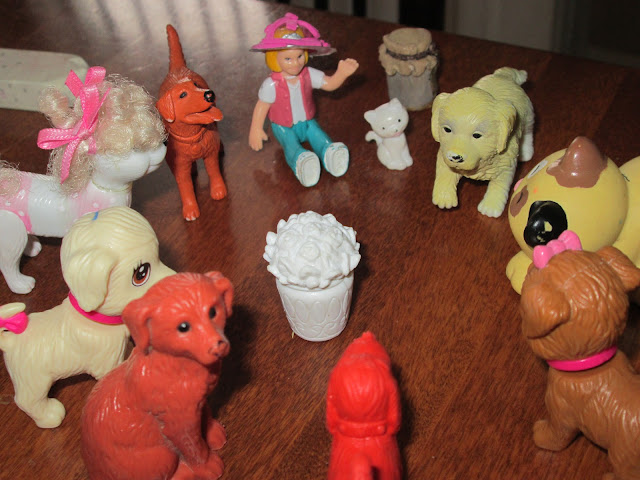 Brenda
Posted by Dwyer’s Farmhouse at 21:16